Shares of semiconductor manufacturing equipment maker Photronics (NASDAQ:PLAB) collapsed after the company reported fourth-quarter 2020 earnings this morning, and remain down 16.5% as of 1:35 p.m. EST.

Analysts had forecast that Photronics, which produces quartz and glass "photomasks" used as guides to manufacture semiconductors and flat panel displays, would earn $0.15 per share in Q4 on sales of as much as $153.9 million. Instead, Photronics reported just $0.10 per share in profit, and sales of only $149.3 million. 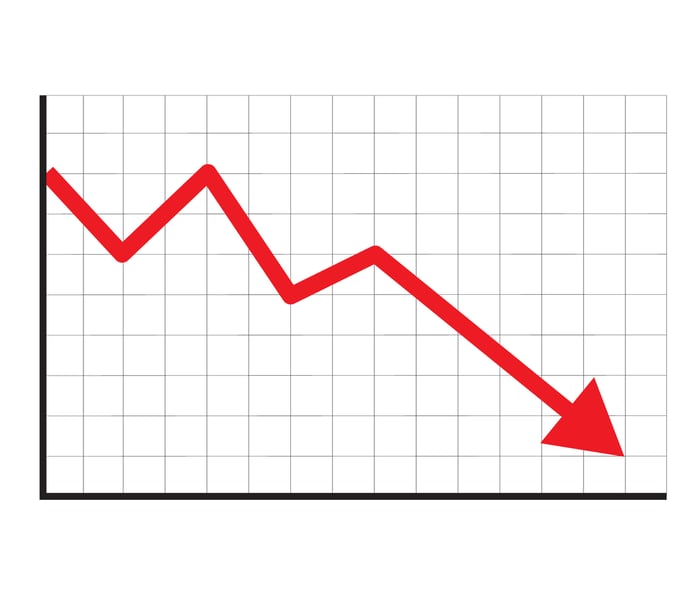 Despite the miss, Photronics grew its quarterly sales 4% year over year, and reported "record annual revenue" for the year -- $610 million.

Still, the quarter's growth represented a slowdown from the 11% pace set for the year as a whole, and Q4 sales were actually down 5% from the third quarter. Profits also declined -- down 33% from the $0.15 earned a year ago, and down 41% sequentially.

Adding to shareholders' misery today, Photronics issued new guidance for the first quarter of fiscal 2021 that fell well short of analyst expectations. Instead of the $0.16 in profit and $152.6 million in sales Wall Street will be looking for, Photronics said its profits will range from only $0.07 per share to at most $0.14, and sales will range from $145 million to $155 million -- below consensus at the midpoint.

And yet, there's good news here for long-term investors. For all of 2020, Photronics generated $73.8 million in positive free cash flow, versus burning cash a year ago. Relative to the stock's current $723 million market capitalization, that works out to a valuation multiple of less than 10 times.

Factor in the nearly $220 million in net cash on the company's balance sheet, and Photronics' enterprise value-to-free cash flow ratio drops to just 6.8 times -- a bargain-basement valuation if the company manages to show almost any earnings growth at all next year.