Investors who stayed the course in 2020 are largely smiling today, with the market back around all-time highs. Warren Buffett is no exception. Although shares of Buffett's company, Berkshire Hathaway (NYSE:BRK.A) (NYSE:BRK.B), are basically flat this year, Berkshire's investment portfolio is hardly short of winners in 2020.

It's notable that out of Buffett and Berkshire's five biggest gainers this year, four were tech stocks. This is quite a turnabout for a man who once eschewed all tech investing. But Buffett and his team are always learning, and by studying these five winners, we can too. Let's take a closer look at these top five.

Snowflake (NYSE:SNOW) only went public in September, and investors who bought on its first day of trading have gained about 40%. Berkshire, however, got in at the IPO price of $80 per share. With the stock trading around $360 per share as of Friday afternoon, Berkshire's position has grown by about 350%.

In the past, Buffett has typically avoided buying into new stock issues. So it came as no surprise when CEO Todd Slootman hinted that Buffett lieutenant Todd Combs made this call.

Snowflake is the leading company focused on the data cloud. With the industry expected to grow at a compound annual growth rate (CAGR) of 22% according to Research and Markets, this could remain Buffett's fastest-growing stock for the foreseeable future (its business, if not its stock). 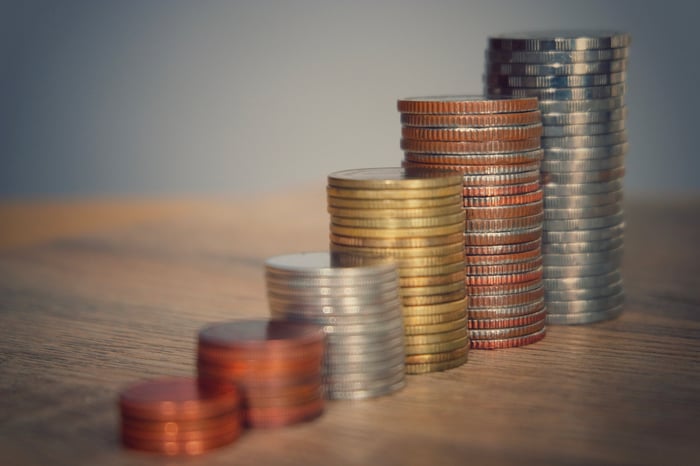 RH (NYSE:RH), formerly known as Restoration Hardware, may not garner the same level of publicity as Snowflake. However, this upscale home furnishings company has grown a little over 100% since the beginning of the year.

Buffett's team reported its first purchase of RH in November 2019. Though this stock was showing a loss during the market swoon early in the year, it has seen massive gains since the March lows. The gains appear set to continue. In the latest quarter, revenue increased 25% from the year-ago quarter, while diluted earnings per share surged by 122%. The company also predicts double-digit revenue growth next year. Between the profit growth rate and the forward price-to-earnings (P/E) ratio of just 26, this stock should continue to refurbish the Buffett portfolio.

StoneCo (NASDAQ:STNE) is another investment that Buffett's team bought at the IPO price. In 2018, Berkshire purchased almost 14.2 million shares. Few had heard of this Brazilian fintech company at the time. However, it has sparked massive growth by bringing new ways to pay to a mostly cash-based society. The stock has moved higher by roughly 87% in 2020.

StoneCo's market opportunity helped revenue grew by 39% year over year, as earnings per share surged by 26% over the same period. The company only operates in Brazil for now. However, the rest of Latin America operates under a similar financial culture, meaning the company won't run out of opportunity anytime soon.

Buffett has also made gains in well-known stocks such as Amazon (NASDAQ:AMZN). Berkshire revealed its Amazon stake in May 2019.

The pandemic has seemed to play to Amazon's strengths, as the company's online retail operation allows for contactless shopping. Additionally, its cloud computing segment, Amazon Web Services, facilitated the sudden need for more offsite work. This trend has taken Amazon stock higher by almost 70% year to date. Moreover, given the immediate future, Buffett's team may choose to keep this stock. The company expects net sales will grow between 28% and 38% from year-ago levels in the upcoming quarter. Moreover, its website's prominence should make it more of an advertising play in the coming years. Thanks to its Amazon investment, now the growth will benefit Berkshire as well.

Apple (NASDAQ:AAPL) has become a favorite in Buffett's portfolio. His nearly 1 billion shares amount to almost $120 billion, or about 45% of Berkshire Hathaway's portfolio value. It comes in as the fifth-largest gainer, at approximately 66% this year.

Berkshire began investing in Apple in 2016 and has periodically added shares since that time. However, it sold 3.7% of its Apple holdings in the most recent quarter. Apple also benefited during the pandemic as revenue grew for both products and services. The company also sees further growth as the Apple Watch bolsters a burgeoning healthcare business. Moreover, the advent of 5G will drive another round of smartphone upgrades and could help to further cement its place as a fixture in the Buffett portfolio.