Please ensure Javascript is enabled for purposes of website accessibility
Free Article Join Over 1 Million Premium Members And Get More In-Depth Stock Guidance and Research
By Rich Duprey - Dec 22, 2020 at 9:30AM

But what are the odds both investments will pay off?

It's not often investors get two bites of the same apple, but the Golden Nugget casino may just give them that chance.

Their first bite will come at the end of December when shareholders of special purpose acquisition company Landcadia Holdings II ( LCA ) vote on whether to merge with online casino operator Golden Nugget Online Gaming; the second one will be if the Golden Nugget casino itself follows up with an IPO. 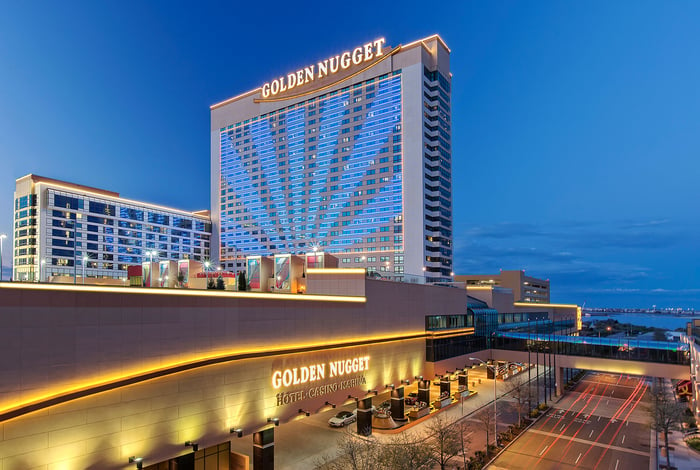 Investors were supposed to vote on the Landcadia acquisition on Dec. 18 at a special stockholders meeting, but the meeting was delayed when not enough shareholders voted. Although those ballots that were cast were 99% in favor of the merger, they still need more shareholders to vote and have rescheduled it for the end of the month.

If the Golden Nugget Online Gaming merger goes through, it will become only the second pure, publicly traded online casino operating in the country after DraftKings ( DKNG -9.58% ), which also went public in April after completing a $3.3 billion merger with SBTech and Diamond Eagle Acquisition Corp.

Golden Nugget has the biggest online casino in New Jersey with over $289.4 million in revenue so far in 2020. That's 80% more than it generated for the same period last year and is 60% greater than second place MGM Resorts ( MGM -3.23% ) Borgata has earned this year.

Yet not all of that revenue came from GNOG, as there are four brands operating under the casino's license. Beyond GNOG, there's also BetFair, SugarHouse, and Bet America. Although New Jersey's gaming regulator's don't break out the revenue contribution of each brand, GNOG recently reported third-quarter gross gaming revenue of $28.9 million, up 93% from last year, and net revenue of $25.9 million, a 92% year -over-year increase. Operating income also came in 92% higher at $8.2 million.

But does the online casino's success make the physical casino just as good of a bet?

Billionaire entrepreneur Tilman Fertitta has his hands in all of the Golden Nugget pies. Not only does he head up Landcadia, but he's also the CEO of GNOG, and also owns the Golden Nugget casino; the Landry's, Bubba Gump Shrimp, and Del Frisco's restaurant chains; as well as the National Basketball Association's Houston Rockets.

Bloomberg recently reported Fertitta was interested in bringing his casino and restaurant properties public through an IPO. Having fueled his companies' growth through the use of debt, taking GNOG and Golden Nugget public would allow him to pay down a lot of what he owes.

But New Jersey's Golden Nugget has had a rough go of it during the pandemic. It was a distant eighth in casino winnings in the state, ahead of only Caesars Entertainment's Bally's, and trailed far behind most of its rivals in sports betting.

Wagers on sporting events have been what's kept Atlantic City's casinos afloat during the pandemic, and the undisputed leaders in that arena have been DraftKings and Flutter Entertainment's FanDuel.

Year to date, Golden Nugget has only generated $1.1 million in revenue from sports betting. In contrast, FanDuel is running away from the field by helping The Meadowlands racetrack generate $173.3 million.

Not all casinos are equal

For an investor, should Golden Nugget Online Gambling go public, which almost seems a formality at this point assuming it can get enough shareholders to vote, it looks like it would be a good bet.

Online gambling, particularly sports gambling, has made New Jersey the leading state for such wagers, and GNOG has plans to go into other states, including Michigan and Pennsylvania.

The Golden Nugget casino, on the other hand, might be a better play for Fertitta than for investors. Because land-based casinos are still weighed down by the pandemic and social distancing limitations, such as operating at 25% capacity, it might be harder to pull off than an inside straight.

Atlantic City's casinos are ailing, and Las Vegas comes and goes in spurts. I'd prefer doubling down on GNOG than splitting eights between it and Golden Nugget.

Could Golden Nugget Online Gaming Become the Next DraftKings?