Yesterday, connected-fitness company Peloton Interactive (NASDAQ:PTON) agreed to acquire rival fitness company Precor in a $420 million deal. In a press release, Peloton said it would see numerous benefits from the deal, including a U.S. manufacturing presence and an increase in research and development (R&D) capabilities, while accelerating the company's move into the commercial fitness market.

Wall Street analysts raced to adjust their price target models in the wake of the deal, boosting Peloton's stock more than 13% in the process. 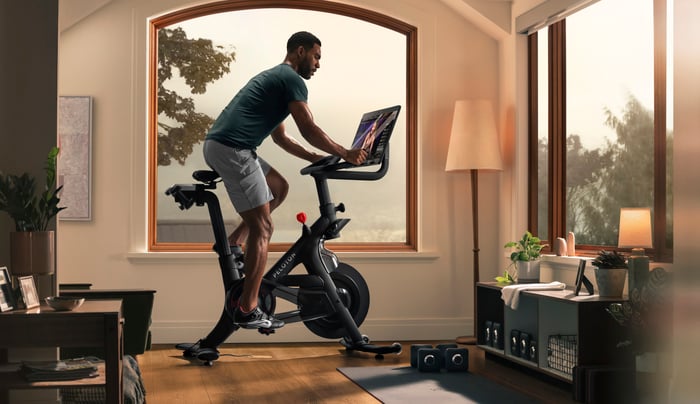 Analyst Heath Terry of Goldman Sachs raised his price target from $144 to $162, arguing that the deal will diversify Peloton's customer base and "solidify the company's lead in connected fitness."

Wedbush analyst James Hardiman boosted his price target from $130 to $160, noting that a "perpetual surge" caused by the pandemic has left Peloton scrambling to meet demand. He went on to note that the expansion of manufacturing capability will help address that issue.

KeyBanc Capital Markets analyst Edward Yruma increased his price target from $160 to $185. He noted that Precor's strong reputation in the commercial fitness arena and the addition of its R&D team will help fuel Peloton's future growth.

The big question shareholders must be asking themselves is "Does it really matter?" After all, investors are encouraged to ignore the daily machinations of the stock market, focusing instead on the long-term opportunity.

In this case, I think analysts got it right. Strong secular tailwinds have Peloton struggling to meet demand. The acquisition of Precor helps the company boost production, while also expanding its total addressable market into commercial fitness venues, as well as hotels, universities, and multifamily residences.

This addition should serve Peloton and its investors far into the future.