The Invesco Solar ETF (NYSEMKT:TAN), which contains about 60% manufacturers and suppliers like Enphase Energy (NASDAQ:ENPH) and SolarEdge Technologies (NASDAQ:SEDG) and 30% utilities, is up an astounding 235% this year, crushing the market's 16% return. Solar has been one of the most well-known growth stories for years. So why did the industry suddenly take off?

Let's examine the factors that contributed to one of the hottest sectors of 2020 to better understand what led to the breakout. Ultimately, these themes (and lessons like them) should help you identify future growth trends before the market does. 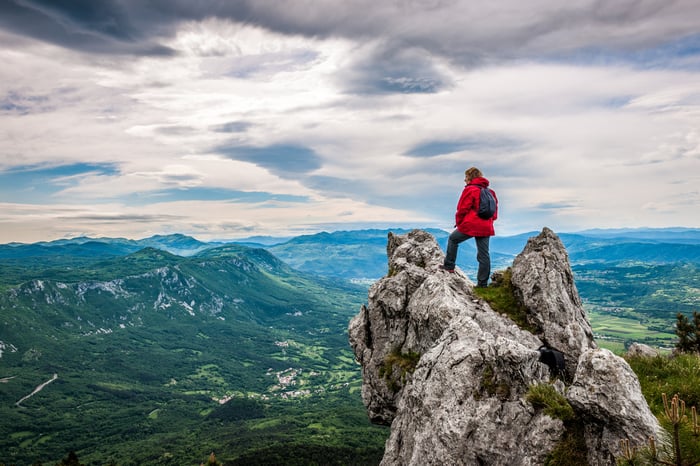 One of the biggest developments in power generation over the past five years has been decreased renewable energy costs. In years past, renewables needed subsidies to compete with fossil fuels. Now, renewables are cost-competitive.

LCOE is a uniform way of measuring the cost of electric power generation based on different sources throughout their useful life. For example, solar and wind have higher fixed operations and maintenance costs than fossil fuels but don't have nearly the variable costs. Keep in mind this is capacity weighted data, so it represents new infrastructure that's coming online, not the cost of existing infrastructure.

One of the biggest takeaways from this data is that solar and onshore wind are now cost-competitive with combined cycle power plants. In these plants, natural gas powers a gas turbine. The exhaust from that turbine powers a steam turbine, producing about 50% more electricity than the gas turbine alone (and reducing emissions).

International growth is expected to soar over the next 20 years

Cost reductions have been a game-changer, sparking new investment in solar. According to the EIA, U.S. solar power generation grew 22% in the first nine months of 2020 compared to the same period in 2019 -- which was the highest growth rate of any source. Looking ahead, solar and wind are dominating the list of U.S. projects that are coming online between October 2020 and September 2021.

Data source: International Energy Agency (IEA). STEPS is based on today's policy. SDS is based on goals that are aligned with the Paris Agreement. TWh = Terawatt-hours.

Cost reductions and global adoption bode well for the solar industry. Leading solar companies from panel and component suppliers, racking manufacturers, and power optimizer and inverter developers have grown revenue and net income during what has been a challenging year for big oil. 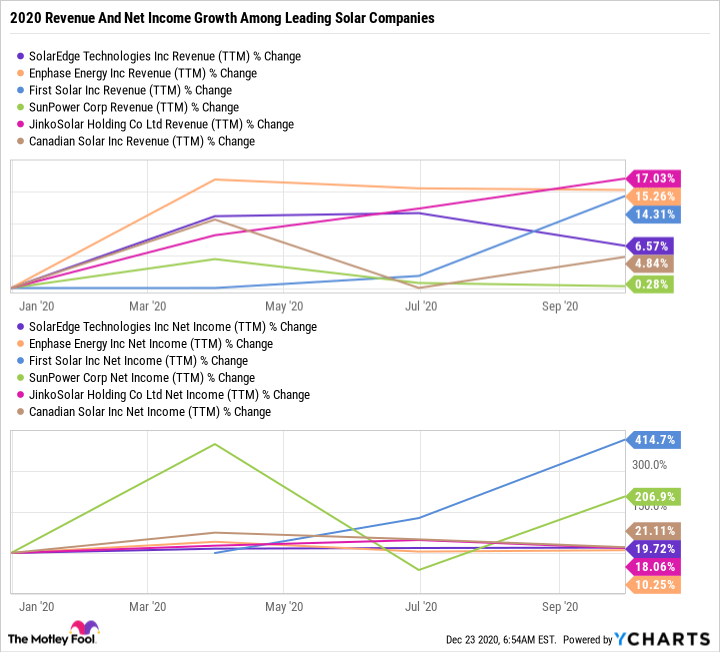 Surprisingly enough, 2020 has shown a flurry of interest in renewable energy. Some oil majors are fed up with a struggling oil and gas industry and are shifting their focus toward renewables. Utility companies are investing in renewable energy in the hopes that high upfront costs will be justified by sustainable assets that generate income for decades to come.

The anatomy of a breakout

A variety of factors culminated together to cause a breakout in the solar industry. But no one factor was all too surprising. After all, costs had been coming down for years. It was well forecasted that solar was growing in the U.S. and internationally. For many solar companies, 2019 had higher growth than 2020. And even oil and gas and utility companies have been talking about an energy transition for some time. 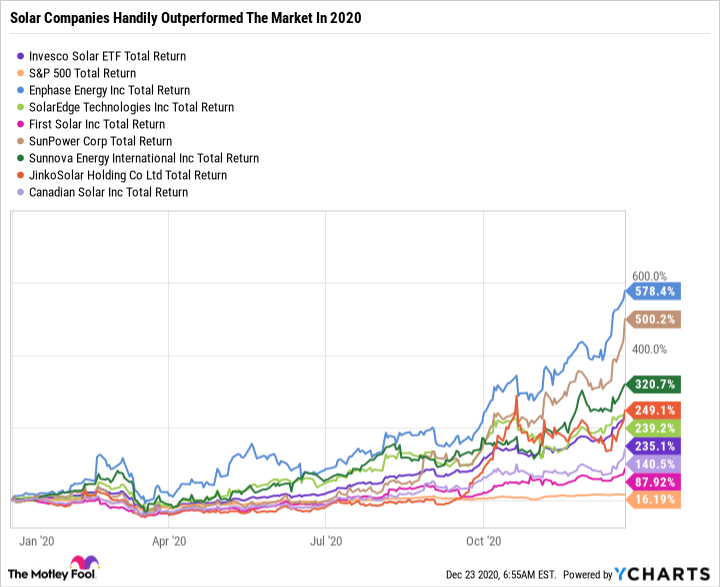 What was unexpected is that the solar industry proved to be resilient in 2020. It proved that long-term tailwinds were strong enough to foster growth during a year where few other energy companies can say the same. Oil and gas suffered the worst downturn since 2014. And in dramatic fashion, many high-profile players threw up their hands and capitulated in favor of renewables.

Low interest rates and favorable policy have definitely helped some of this short-term resilience. It's difficult to justify many of the leaders' valuations at today's prices based on current growth or earnings alone.

But things start to make more sense once you factor in the tailwinds discussed. Investing in an industry when stocks are priced so much higher than just a year before can seem aggressive and even careless at times. In situations like these, it may be best to open a small introductory position with an amount you wouldn't mind losing. From there, you can follow some of your favorite companies in the sector to make sure performance warrants a premium valuation.