Please ensure Javascript is enabled for purposes of website accessibility
Free Article Join Over 1 Million Premium Members And Get More In-Depth Stock Guidance and Research
By Dave Kovaleski - Dec 31, 2020 at 7:00AM

Citi's incoming CEO Jane Fraser discusses the effects of COVID-19 on banking and the economy in 2021.

In September, Citigroup ( C -0.38% ) tapped Jane Fraser as its new CEO, making her the first woman to ever lead a large Wall Street bank. When she formally succeeds retiring CEO Michael Corbat in February, she will take over an institution that faces multiple challenges.

Banks have been hit particularly hard by several factors, including historically low interest rates and the recession that resulted from the COVID-19 pandemic. The pandemic has caused widespread economic hardships for businesses and individuals, which has led to fewer loans and higher provisions for credit losses -- both of which have hurt earnings.

Citigroup finished the year with its stock price down about 23% (as of Dec. 29). Earnings for the fourth-largest bank in the U.S. dropped 34% in the third quarter to $3.2 billion due to declines in consumer banking and its credit-card business, both of which have been hurt by the recession. It also set aside $314 million for expected credit losses, which was far less than the $5.6 billion allocated in the second quarter.

So, where does the company go from here? In a wide-ranging interview with Bloomberg in late November, Fraser discussed the major challenges and opportunities -- and they start with the coronavirus. 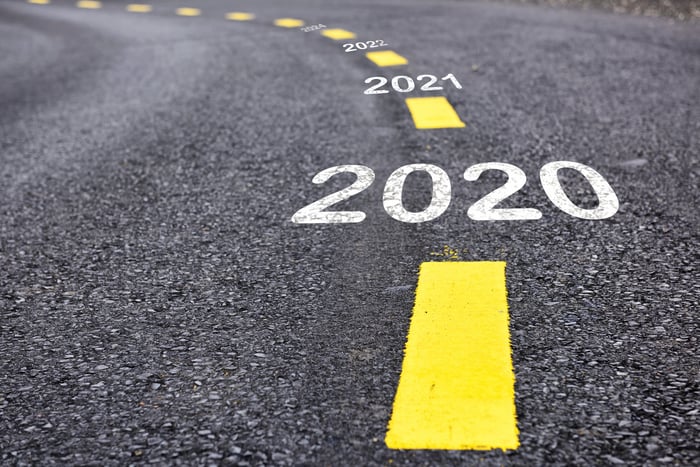 In the interview, Fraser discussed the impact of COVID-19 on the industry and how the changes it has brought will factor into Citigroup's strategic direction:

It is an interesting time because I think COVID has changed quite a few things. It has certainly accelerated digitization. It's changed the structures of our clients' industries. It's changing our own industry faster than we thought would happen. So, you're trying to bring a fresh perspective to what the firm will be focused on in terms of strategy, but also thinking about our people, thinking about the macro environment, those other dimensions.

Toward that end, Citigroup has invested more than $1 billion in modernizing and digitizing its infrastructure, in part to improve its internal controls and risk management, but also to better serve clients and remain competitive. The investments began even before Citigroup got slapped with a $400 million fine by the Federal Reserve and Office of the Comptroller of the Currency in October for failure to establish effective risk management practices.

The pandemic has also had the effect of creating inequities within the economy, potentially creating a K-shaped recovery after the pandemic. Fraser said banks are going to not only be central to the recovery, but can also help to make sure it lifts all boats:

Banks are going to play a very important role in helping to drive the recovery. We do anticipate it to be quite sluggish. We're certainly seeing it in consumer [banking]: You've got the "haves" and you've got those who are really struggling. I think it goes to that sense of, what are the values of the industry? How do we make sure we're part of the solution? Not just from the financial market perspective. I think we all learned many lessons out of the last crisis about what a bank really is and [the role it] needs to play. So, it's digital. It's about humanity. There's obviously the [environmental, social, and governance] agenda, but in a real way -- not a plaque on the wall or just nice statements.

More than a plaque on a wall

Citigroup has made some changes to tackle the imbalances that Fraser discussed. In September, the company launched a $1 billion initiative called Action for Racial Equity, which seeks to "close the racial wealth gap and increase economic mobility" in the U.S. As part of this effort, $550 million will be allocated to support homeownership for people of color and affordable housing by minority developers, $350 million will go toward procurement opportunities for Black-owned business suppliers, $100 million will be earmarked to support minority depository institutions' growth and revenue generation, $100 million in Citi Foundation grants will be awarded to community change agents addressing racial equity, and $50 million in additional capital will be made available for Black entrepreneurs.

There's little doubt that 2021 will be another difficult year for banks, at least at the start, but as vaccines are distributed and the economy recovers, fortunes should improve. Fraser hopes to have the right strategies in place to guide Citigroup through this new, transformed, post-pandemic world for the industry.