The coronavirus pandemic brought the booming business of cruising to a sudden halt earlier this year. Ever since, the top cruise companies together have been burning through about $1 billion a month to keep their ships and businesses afloat. These players' share performance reflected the turmoil. Carnival (NYSE:CCL), Royal Caribbean (NYSE:RCL), and Norwegian Cruise Line Holdings (NYSE:NCLH) declined 57%, 45%, and 56% in 2020, respectively.

We shouldn't expect an immediate turnaround anytime soon. It still is unclear when cruising will resume, and even once that happens, it will take time for cruise companies to return to profitability. But if you're an aggressive long-term investor, you'll want to get in on these stocks before they rebound. And that means 2021 is the time to start stocking up. 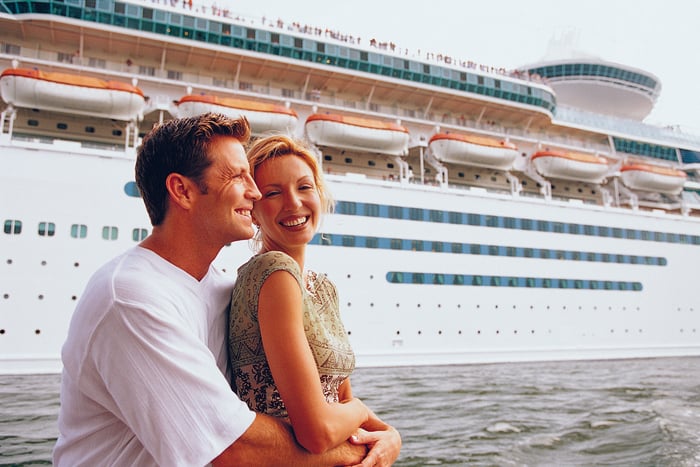 A few months ago, I thought it was too early to invest in cruise stocks. Since then, a few positive elements have emerged, brightening the picture for the industry.

First, there's the coronavirus vaccine. The Food and Drug Administration recently granted Emergency Use Authorization to two vaccines, one developed by the team of Pfizer (NYSE: PFE) and BioNTech (NASDAQ: BNTX), and the other by Moderna (NASDAQ: MRNA). So far, the U.S. is prioritizing the vaccination of healthcare workers and the elderly. Then, the country will begin vaccinating other groups. The same process is unfolding in the U.K. and the European Union.

Vaccinations won't stop the pandemic overnight. There aren't enough doses to immediately treat everyone. And it still isn't clear how long the vaccine will protect against infection. Those issues should be resolved in the coming months, however. And at that point, the vaccine could be a key element to jump-start travel businesses such as cruising. For instance, health authorities may recommend a combination of coronavirus testing and vaccinations for crew members and passengers.

Speaking of health authorities, in October, the Centers for Disease Control and Prevention (CDC) lifted its No-Sail Order and put into place its Framework for Conditional Sailing Order. The framework doesn't say when cruising may resume. Instead, it presents requirements cruise companies must fulfill before returning to the seas.

One of these is a simulated voyage with volunteer passengers to test new health and safety measures. So far, Carnival, Royal Caribbean, and Norwegian haven't announced dates for such voyages, so again, this will take time. But here's why I'm optimistic: With this framework, the CDC has taken a step in cruise lines' direction, offering them a path to get back to business.

What about passengers? Once cruise ships are ready, will they be ready, too? Signals are looking green. First of all, cruising has been gaining in popularity in recent years. Ocean cruise passengers worldwide increased to 30 million in 2019 from 17.8 million in 2009, according to Statista.

The halt to cruises likely has resulted in pent-up demand. Expedia told Cruise Industry News that in October and November, monthly average search numbers for cruises were up by 30% from the April-to-September average. That's for cruises for 2021. And in Carnival's most recent earnings report, the company said bookings for the second half of 2021 were "at the higher end of the historical range."

How to get in on the action

So, how should you go about investing in cruise stocks now? It's important to closely follow each company's earnings reports to monitor cash burn, liquidity, and what each is doing to minimize damage.

As an example, let's look at Carnival. The company's cash burn rate is higher than its peers. But that's to be expected: It's the biggest player, resulting in higher expenses. 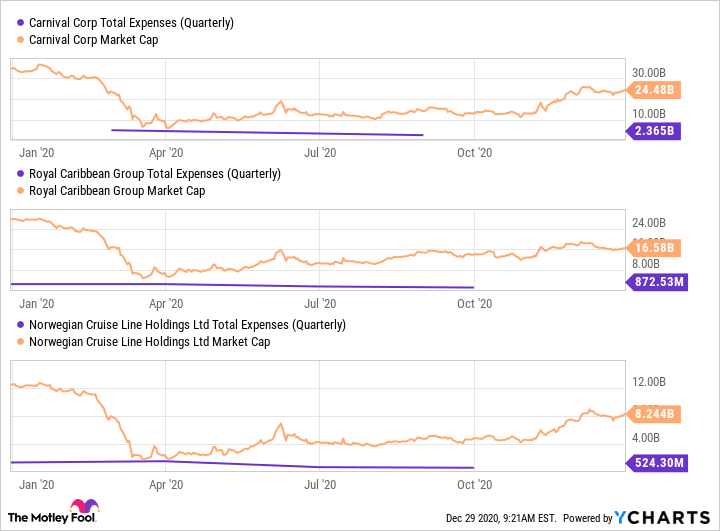 I like the fact that Carnival aims to reduce its average monthly cash burn. It forecasts a monthly burn rate of $530 million in the fourth quarter, down from $770 million in the third quarter. I also like the fact that Carnival has more than $8 billion in cash and equivalents to sustain itself through this rough period. And the company is selling its less efficient ships (a total of 18) to cut costs. In the long term, investors are likely to benefit from a purchase of Carnival shares now.

I wouldn't go all in and make a massive purchase of every cruise stock. There still is a lot of uncertainty. But I am confident that the industry will recover. And that's why, if you want to truly benefit from this recovery, one of your resolutions in the new year is to return to cruise stocks.