On Dec. 31, major cruise line Royal Caribbean (NYSE:RCL) filed a press release saying that it had exhausted its entire $1 billion "at-the-market" (ATM) offering the company had initiated on Dec. 3. An ATM means a company can raise money via gradual stock sales in the public market, as opposed to raising equity in big blocks from large investors all at once (which usually requires a discount).

Royal Caribbean sold just over 13 million shares, which equates to an average sale price of roughly $76.65 per share, diluting the company by about 5.8%.

It might seem disappointing to shareholders that the company has chosen to dilute them just as we've gotten a COVID vaccine. However, it's absolutely the right thing to do for the company right now. Here's why. 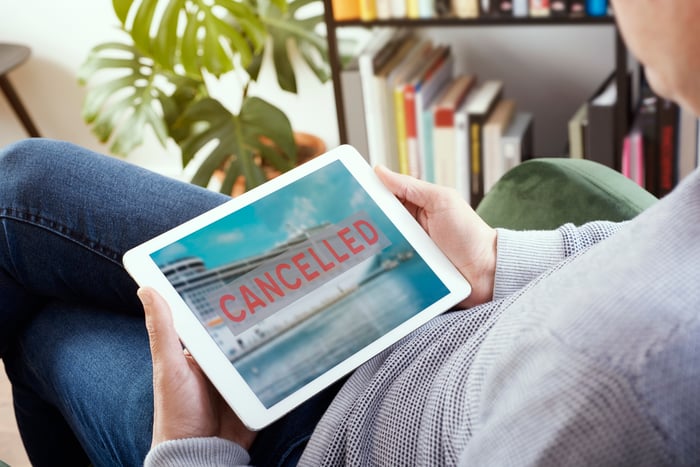 An opportunity to sell stock

As news of the multiple Covid-19 vaccines came out in early November, cruise stocks surged, as investors quickly rushed into "reopening" stocks in the travel sector. However, after an epic November run, it's a fair question whether a positive reopening and travel boom are already priced in to all the major cruise stocks. While all three major cruise stocks are still well below pre-Covid levels, that's justified, as each company has had to take on debt and issue stock at low prices to get through the "no-sail" period.

Meanwhile, there is still a lot of uncertainty as to whether cruises may actually be able to set sail, and at what capacity. A new, much more contagious strain of the coronavirus has now hit the country, and the current vaccine rollout is going much slower than expected. Only 2.8 million people wound up getting shots before the end of the year, far below the administration's goal of 20 million. If such logistical problems continue, it could mean a much longer time to "normal" travel operations than these companies may expect. And in the meantime, all cruise lines are burning cash every month.

A mountain of debt

Royal Caribbean has handled the downturn arguably better than its rivals. While the other cruise lines all rushed to issue some equity at very low prices when the coronavirus broke out, Royal Caribbean held off on huge equity raises, instead choosing to raise as much debt as possible in the initial phase of the pandemic. Smartly, Royal Caribbean management later raised equity months later when its stock price was much higher.

Of course, Royal Caribbean's decision to go debt-heavy has also more than doubled its debt over the course of the year, which now sits at a whopping $19.2 billion as of the end of last quarter That's compared with just $3 billion in cash -- a reserve that dwindles with each passing month, to the tune of $250 million to $290 million. That gives Royal Caribbean just about a year before it would have had to raise cash again.

Why now is the time

Earlier this month, I posited that even when Royal Caribbean gets back to a normal level of operating income, its stock may still only be worth about $70, given its dilution and higher debt load. At the time, the stock was trading in the low $80 range, roughly 300% off its March lows. In that light, raising money at an average price over $76 seems like a really smart move.

In fact, issuing stock above "fair value" -- subjective as that is, could actually increase the company's value, should Royal Caribbean use the excess to improve operations or pay down debt.

Investors should wait and watch

Vaccine news has propelled many travel and out-of-home stocks higher, and deservedly so. However, with a lot of good news already priced in, any setbacks or slowdowns in the rollout of such vaccines could crimp the stocks of all cruise companies, which continue to burn cash with every passing day. In that light, Royal's well-timed stock sale should be applauded -- even though I still think the stock is too expensive for me to buy after its big run.