General Motors (NYSE:GM) said this morning that its U.S. sales rose 5% in the fourth quarter from a year ago, as it sold over 770,000 vehicles thanks to its best retail result in over a decade.

The result didn't entirely offset the sales that GM lost while its factories were shut down by the COVID-19 pandemic earlier in 2020. But it did help: While GM ended the year with its total U.S. sales down 12% from 2019, that was due in part to lost commercial-fleet deliveries; its retail deliveries were down just 6% from the year prior.

Of interest to auto investors, GM's sales gains were led by some of its most profitable products, a good sign for the fourth-quarter earnings report, expected on Feb. 10. 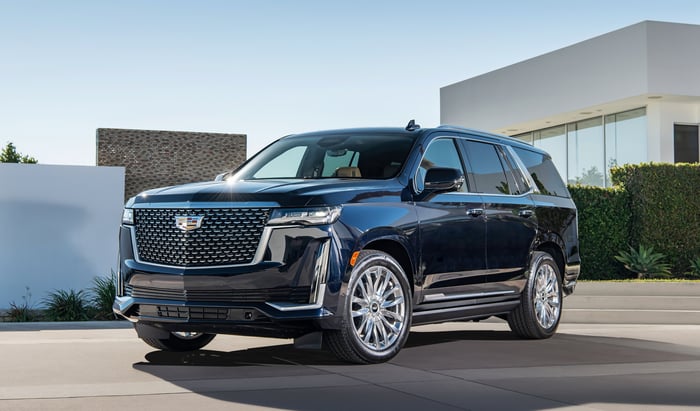 One note regarding GM's claim to pickup-truck sales leadership: Archrival Ford Motor Company (NYSE:F) hadn't yet reported its sales results at press time. Based on analyst estimates, it's likely that Ford's F-Series trucks outsold the Chevrolet Silverado and GMC Sierra individually, but that GM's total (with the Silverado and Sierra added together) exceeded Ford's, allowing both companies to claim a sales victory.