As the second-largest U.S. bank, with $2.6 trillion in assets, Bank of America (NYSE:BAC) suffered along with the rest of the industry as the economy sputtered last year, and its stock fell almost 15% for the year. But the bank remains well-capitalized, with enough of a cushion to get through even the Federal Reserve's worst expected scenarios in 2021, and it's well-positioned to get back to growth. This is what investors can expect from Bank of America in the coming year.

Bank of America ended the third quarter with $4.9 billion in net income, a 15% decrease from 2019. It's still investing in technology (more on that in a bit), and I think it will improve in 2021 because of two factors.

First, it will probably have lower loan loss provisions than last year. Bank of America has seen much lower charge-offs than expected despite the economic turmoil surrounding the coronavirus pandemic, and in the third quarter it set aside a lower provision for loan losses than it had in the first and second quarters (though still higher than its level from Q3 of 2019). Continued lower charge-offs should result in higher net income -- as they did in Q3, when Bank of America beat expectations with $0.51 in earnings per share (EPS).

Earnings were still down from the year before, and part of the decrease came from lower net interest income. Interest rates are going to stay low this year -- more on that shortly, too. But management said on the Q3 earnings call that the bank is redeploying some of its cash to securities for larger gains going forward, since gains from securities offset cash declines in the third quarter. If these trends continue, it should show up in future earnings increases. 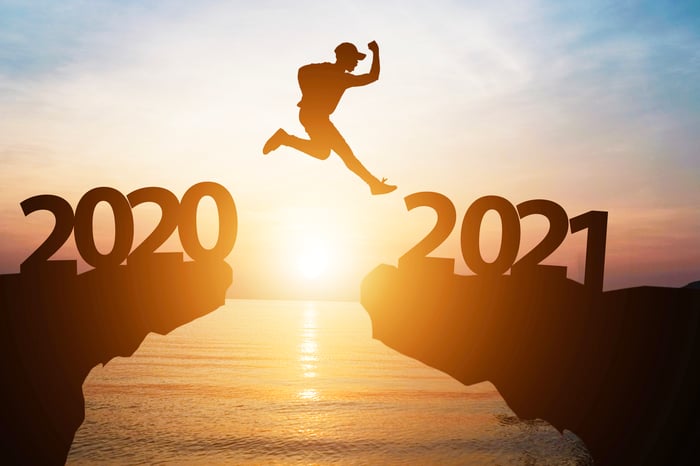 While the economy was tanking, there was a flurry of investment activity as customers withdrew money from the stock market to put in safer cash. This helped crash the stock market, but smart investors took advantage of lower prices, bought in, and caused prices to reinflate. Bank of America gets fees from these transactions, and at $1.8 billion in fees, a 15% increase over 2019, it was the bank's second-best quarter ever. Equities revenue increased 6% to $1.3 billion.

This was Bank of America's best category, with net income growing $9 billion, almost a quarter of the total. It's a small share as compared with JPMorgan Chase, which has both strong consumer banking and investment banking segments, and a where the same category makes up about half of the total. But CFO Paul Donofrio said: "We're gaining share, we think, in equities and other parts of our markets business. And we certainly have gained share in investment banking."

BofA is not one of the large investment banks, but management is moving in that direction, and that segment will grow over time.

Bank of America has a sordid dividend history. It had to lower its high dividend after the financial crisis in 2008. It began to raise it again in 2014 and has been doing so annually, but it didn't raise it in 2020 amid the economic shutdowns early in the year and the Federal Reserve's restrictions on share repurchases and dividend increases in June.

The Fed did relax the restrictions in December for banks that are profitable, and BofA issued a quarterly dividend in October that currently yields 2.2%, better than the overall market. The current dividend looks safe, and there's the hope of an increase as economic conditions improve.

Bank of America has a strong focus on digital, and customers are responding. CEO Brian Moynihan said in the third-quarter conference call, "It is worth pointing out that both our rates paid and cost of deposits declined as deposits grew, and we handled more transactions but were more productive as a result of digital processing."

The bank has invested in in Erica, its virtual financial assistant, which is helping it build its millennial customer base as well as solidify its position as the No. 1 bank is consumer deposits.

The Federal Reserve cut interest rates to near zero last March to make borrowing money easier and stimulate the economy as it began to descend. This affects a bank's ability to charge interest on assets that customers place in their bank accounts, leading to lower NII and lower revenue.

Fed Chairman Jerome Powell reiterated that he will keep interest rates down until the economy is on a clear path to recovery, which won't be any time soon. "A full economic recovery is unlikely until people are confident that it is safe to reengage in a broad range of activities," he said in December.

That means that for the time being, Bank of America's interest income will stay low. Moynihan confirmed in the third-quarter conference call that at least for the fourth quarter, he's expecting NII to stay flat, with the optimistic outlook that it will slightly increase. But if interest rates do change, that could energize Bank of America's profits.

What does all of this mean for investors? 2021 may not be the year banks get back to growth, but that's still a possibility if the coronavirus vaccine rollout goes smoothly. Whatever happens this year, Bank of America is well-positioned to grow long term and bring value to shareholders.