Falling in line with its industry peers, cruise ship operator Carnival (CCL 8.46%)(CUK 8.00%) announced it was canceling all voyages until the end of April, and in some places, even longer than that.

Carnival said it canceled until Oct. 31 the European itineraries for the Carnival Legend that were set to launch in May, and delayed the start date for its Mardi Gras vessel from Port Canaveral, Florida, until May 29.

Both Royal Caribbean (RCL 8.69%) and Norwegian Cruise Line Holdings (NCLH 12.09%) had previously extended the pause in their sailing schedule until April 30. 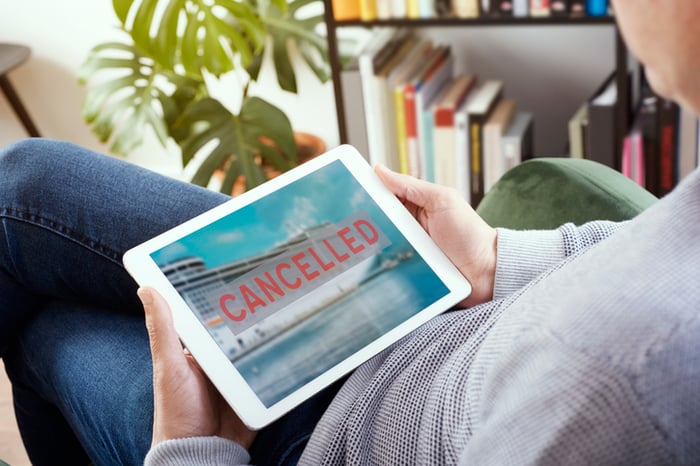 Consumer demand for cruises continues to show strength, however, as Carnival noted earlier this month when it said cumulative advanced bookings for the first half of 2022 are now ahead of 2019 levels, even though there had been barely any marketing or advertising.

But at least one analyst sees the cruise lines not heading back out to sea until as late as 2022. Barron's cited Truist Securities analyst Patrick Scholes' note to investors, which said his best-case scenario was a July launch, though the fourth quarter was more likely, and next year was even possible.

Carnival says as much, as it is committed "to welcoming [guests] back as quickly as possible, but unfortunately we have determined it's going to take a while longer."

Passengers who had booked cruises that have now been canceled can either get a full refund or a credit for future voyages and onboard credits.