Please ensure Javascript is enabled for purposes of website accessibility
Log In Help Join The Motley Fool
Free Article Join Over 1 Million Premium Members And Get More In-Depth Stock Guidance and Research
By John Ballard - Jan 22, 2021 at 7:15AM

These top streaming stocks are poised for wealth-building gains.

Investing in the right stocks that are benefiting from secular shifts in consumer behavior can significantly increase your chances of finding a life-changing investment.

On-demand streaming has completely transformed traditional media consumption, and it's now changing how people exercise. It's an unstoppable trend that is driving the stock performance of Walt Disney (DIS -0.70%), Spotify Technology (SPOT 1.42%), and Peloton Interactive (PTON -1.49%).

But the best is yet to come for these three stocks riding unstoppable consumer trends. 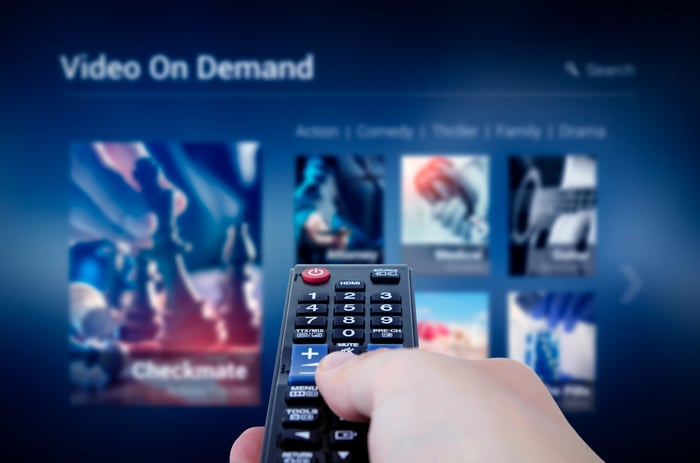 Disney shares initially dropped sharply earlier last year when the novel coronavirus forced the company to temporarily close theme parks, shut down its cruise operations, and delay film projects, but the stock price still managed to deliver a 19% return over the last 12 months. The House of Mouse entered 2020 as a traditional media company, but by the end of the year, it had transformed into a streaming-first company, which could ignite a new phase of growth for the media juggernaut.

With a deep library of classic films to go along with the blockbuster new Star Wars-based series The Mandalorian, it didn't take long for the Disney+ streaming service to become a phenomenon. The service far exceeded initial estimates and the company now projects it will reach between 230 million to 260 million subscribers by fiscal 2024, which should bring total subscriptions across its Hulu, ESPN+, and Disney+ services to between 300 million to 350 million.

Disney is already planning to raise the monthly subscription fee for Disney+ in certain markets as early as March, which will offset the increased investment in new content. But management has guided for the service to swing a profit by fiscal 2024. Investors should consider buying shares while the direct-to-consumer business is still in the early stages of growth. 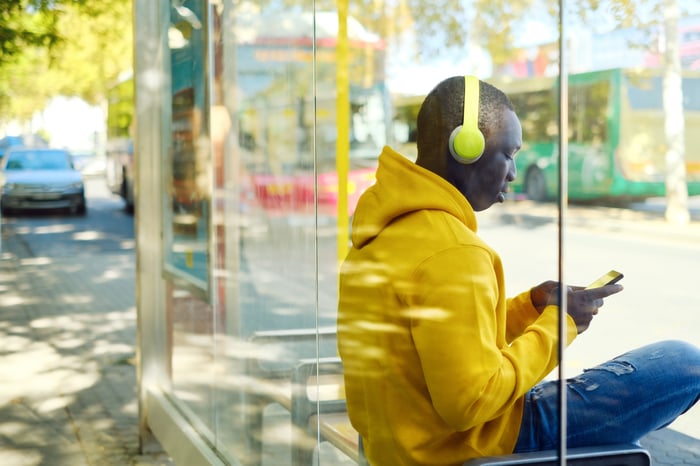 Spotify's stock price is up 145% since the initial public offering in early 2018. Despite the streaming music platform being already widely used in the U.S. and Europe, Spotify still has a tremendous long-term growth opportunity. It's still entering new markets, most recently in Russia, and continues to expand its offering with exclusive podcast content.

Growth in monthly active users has remained consistent at around 30% over the last few years, pointing to a huge market that Spotify is tapping into. Despite a slowdown in Spotify's ad-supported service and lower engagement at the beginning of the pandemic, global consumption hours on the platform have already recovered to pre-COVID levels as of the third quarter of 2020.

Spotify believes there is significant pent-up demand heading into 2021. The recent launch in Russia was more successful than management expected, leading the company to believe there are still plenty of people around the world who are eager to try the service.

Investors should also watch Spotify's push in the podcast market, which has been exploding in popularity in recent years. Spotify acquired three companies involved in podcast content production and distribution in 2019. A fourth deal was announced in November with the acquisition of Megaphone, which will enhance Spotify's advertising capability.

With the positive engagement trends in the near term, coupled with investment in new markets and content, this leading audio streaming platform could rock and roll your portfolio over the next decade. 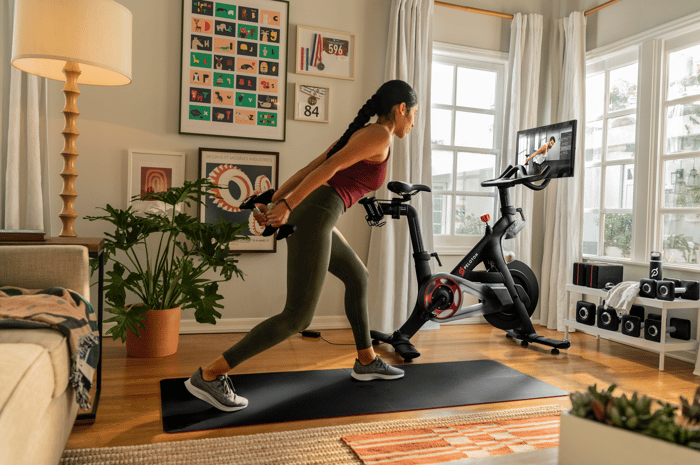 On-demand remote exercise workouts have been all the rage lately, and that's largely thanks to all those Peloton ads on TV. The company has invested big sums to spread brand awareness, and it's working.

Peloton was already growing fast before the pandemic, with revenue nearly quadrupling from fiscal 2017 through fiscal 2019, but Peloton's momentum accelerated in recent quarters, as more people searched for virus-free exercise alternatives at home.

Revenue jumped 232% year over year in the recent quarter, living up to its label as the ultimate "stay-at-home" stock. That level of growth is not sustainable in a post-COVID environment, but Peloton is still a small company relative to its market potential. It only has 1.33 million connected fitness subscribers, or 3.6 million including Peloton app users, even though there are an estimated 200 million people worldwide with paid gym memberships.

Peloton saw a strong customer response for the new Bike+ product, and there are certainly opportunities to expand its offering to new categories over the long term, especially products designed for strength training. Its recent acquisition of Precor, one of the leading commercial manufacturers of fitness products, should bolster Peloton's future plans, given Precor's capabilities in product design and development.

Peloton has emerged as a leading brand in fitness, and its ability to make at-home exercise more personalized and engaging could expand its addressable market beyond just those who have gym memberships. All that said, this is a growth stock you may wish you had bought 20 years from now.