A category closely identified with the internal combustion engine will be part of the electric vehicle revolution after all, it seems.

Tim Kuniskis, the CEO of Stellantis (STLA 3.07%) unit Dodge, recently remarked that muscle cars will get their muscle from electric vehicle (EV) technology before long.

That's surprising because many consider Kuniskis to be Mr. Muscle Car, at least relative to other car industry executives. In the 2010s, he was instrumental in carving out a modern-day niche for a style that had seemingly vanished for good decades ago.

Then and now, muscle cars get their power from large internal combustion engines. One current example is the company's Hellcat variants, which run on supercharged engines that produce over 700 horsepower. 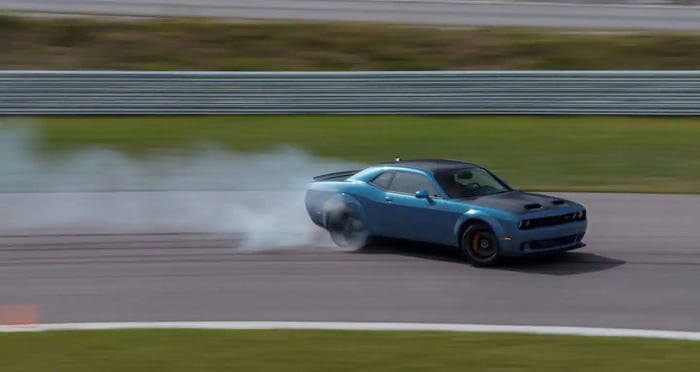 But Kuniskis said in an interview with CNBC, "The days of an iron block supercharged 6.2-liter V-8 are numbered. They're absolutely numbered because of all the compliance costs."

Strict emissions limits and many other restrictions in force today did not exist in the heyday of the loud, gas-guzzling muscle cars of the 1960s and 1970s.

Kuniskis added, "The whole world's going get [to electrification] and when it does, the price point of that technology is going to come down and ... the crazy people are going to take the electrification that has now become accessible from a price point and make that performance-based instead of economy-based."

Dodge does not currently offer EV or hybrid versions of any of its models. However, its parent company, the recently formed Stellantis, recently promised it would introduce 10 hybrids and EVs this year.

2 Companies Accelerating the Race Toward EVs

Stellantis' Revenue Jumped 14% as It Navigated the Chip Crisis