Famous coffee chain Starbucks (NASDAQ:SBUX) reported its fiscal first quarter (Q1) 2021 results today for the 13 weeks ending Dec. 27, 2020. The company brewed up earnings per share (EPS) higher than the Wall Street consensus, reporting adjusted EPS of $0.61 rather than the predicted $0.55 and delivering an approximate 11% positive surprise. However, according to Zacks Equity Research, revenue fell 1.7% short of analyst expectations at $6.75 billion.

Comparable store sales, or comps, were down 5% in the U.S., according to Starbucks' press release, while comps in China simultaneously rose 5%. Sales in the U.S. and the Americas in general could have been worse, with transactions declining sharply compared to Q1 fiscal 2020, but this was offset by a 19% surge in the average ticket, with fewer but larger purchases occurring. 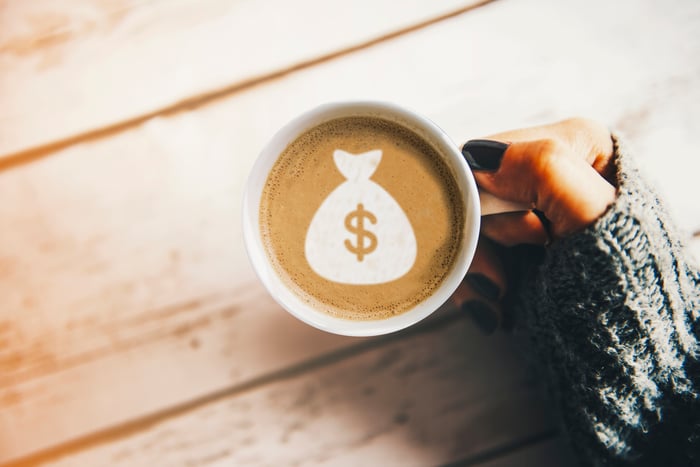 Globally, Starbucks opened 278 net new locations during Q1, 4% more than a year ago. The company still has four times as many restaurants in the U.S. as in China, though those two countries together contain 61% of its worldwide stores. CEO Kevin Johnson remarks he is "very pleased with our start to fiscal 2021." He also said company investments that were focused on "partners, beverage innovation and digital customer relationships continued to fuel our recovery and position Starbucks for long-term, sustainable growth."

Starbucks' guidance for fiscal 2021 remains largely unchanged. However, it nudged its full-year generally accepted accounting principles EPS prediction upward from $2.34 to $2.54, to $2.42 to $2.62.

Starbucks is planning aggressive growth this fiscal year, including opening a net 600 stores in China. The company's strategy is focusing chiefly on the international market, given its high market penetration in America, where it has approximately 15,000 outlets.