The companies haven't revealed exactly what they're collaborating on.

Beyond Meat (BYND 9.40%) and PepsiCo (PEP 0.98%) announced an alliance this week, sending both stocks upward in Tuesday trading. Until now, Beyond Meat has mostly forged partnerships with restaurant chains, where its Beyond Burgers and other plant-based meat substitutes add vegetarian choices alongside burgers and chicken.

PepsiCo's general focus on beverages suggests Beyond Meat may be taking its plant-based research in a new direction, though PepsiCo owns several snack brands. One of these, Matador beef jerky, could theoretically introduce a plant-based jerky, and other meat products lurk here and there in the product lineups of its other brands, such as Frito-Lay and Tostitos. 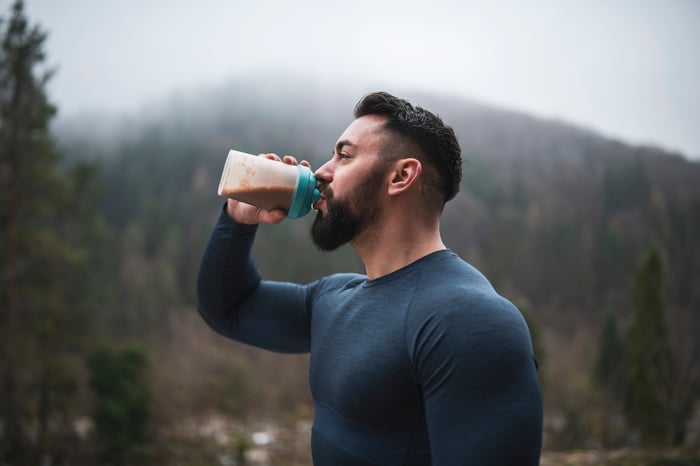 Beyond Meat does indeed mention snacks as one of the product categories it's working on in partnership with PepsiCo. But it also said that the plan includes creation of "beverage products made from plant-based protein." Whether this means plant-based protein shakes for the booming health and fitness market was not revealed in the press release, which contains no details of possible products.

PepsiCo will provide marketing and other "commercial capabilities," while Beyond Meat will focus on developing the plant-based protein products themselves. The business will fall under the umbrella of The PLANeT Partnership, a joint venture operated by both partners.

PepsiCo is known as a long-term, reliable dividend stock, while Beyond Meat is a maverick newcomer by comparison, operating in the recently booming meat-substitute market. Beyond Meat has been rapidly expanding in both grocery and foodservice over the past year, while building its research and development capacity to branch out into even more markets.