Please ensure Javascript is enabled for purposes of website accessibility
Log In Help Join The Motley Fool
Free Article Join Over 1 Million Premium Members And Get More In-Depth Stock Guidance and Research
By James Brumley - Updated Jan 30, 2021 at 11:37AM

If you're hesitant to get started as an investor, here are three eye-opening reality checks about the most stifling assumptions.

From the outside looking in, the stock market can be intimidating. The lingo, the noise, and the sheer amount of media attention dedicated to it come together to send the message: "This stuff is too important and too complicated for untrained amateurs."

The fact of the matter is, however, anyone can be a successful investor regardless of their background or experience. It just takes a little discipline, patience, and some willingness to unlearn these three investing myths too many people have accepted as truth. 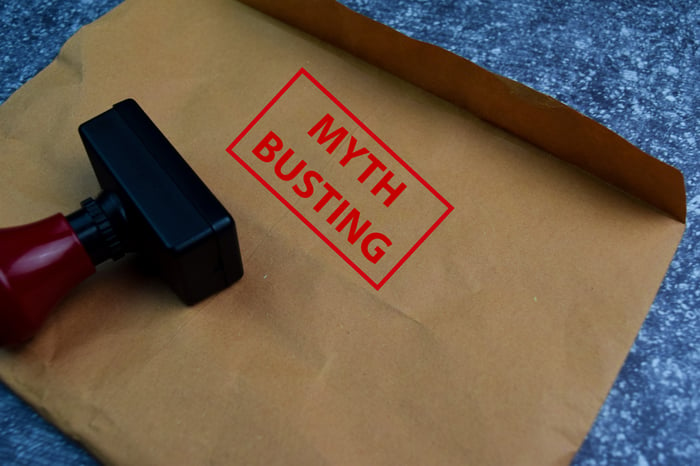 Nope, you can do this, and you can probably do it as well as -- if not better than -- a professional could. You'll certainly need to learn the mechanics of placing a trade, like how to fill out a trade order online with your brokerage firm, which of course requires a funded brokerage account. But if you're reading this, you're likely already capable of doing that.

Perhaps your bigger concern is doubt that you can pick stocks as well as a paid expert could. Again, you can. You might even do better.

It's not a data nugget the industry likes to tout, but in any given year, the vast majority of mutual funds that are actively managed actually underperform the broad market. Standard & Poor's crunched the numbers last year, concluding that over the course of the past 15 years, 92% of these large-cap funds failed to keep pace with the performance dished out by major indexes like the S&P 500 and fund-based iterations of them like the SPDR S&P 500 ETF Trust. The number didn't change much for the five-year and 10-year calculations, either.

On the surface, the statistic makes the idea of picking your stocks even more daunting: If the pros can't do it well, what chance does an amateur have?

There's a nuance buried within the data, though. Those underperforming mutual funds were actively managed, meaning the stocks in their portfolios were being consistently swapped out in an effort to outperform the market. The irony is, all that activity led to a subpar performance. The key is using a little common sense paired with long-term thinking. Don't invest all your available capital in one stock (or even in one industry), but don't try to track 50 different stocks either. Shoot for about 10 different kinds of holdings to start, and stick with familiar companies you're okay with holding for a decade or more. Better still, just "buy" the S&P 500 index.

Myth #2: It's an easy way to lose all your money

Technically speaking, it's possible to lose all of the money you've committed to the market. It's just not likely as long as you're heeding the advice offered here -- use a little common sense and think long term.

The horror stories you hear about the complete wipeouts are usually in reference to reckless investors making bets on short-term swings in stock prices, rather than investments in a company's future fundamentals. Although the figure's never been backed with actual, verified data, estimates that around 80% of these day traders and short-term speculators lose money don't seem out of line. Neither do the varied estimates that many of them lose a substantial amount of their capital within the first year of trading. That's because these individuals are aiming to consistently do something incredibly difficult, which is figure out how other traders are going to feel about a stock at some point a few minutes to a few months in the future.

That's in contrast with investing that capitalizes on a company's actual growth prospects. It can take years for an organization's business idea to pan out, and then it can take years for its stock to reflect that success. It's worth the wait, though.

Myth #3: I don't have enough time to be a successful investor

Finally, don't think for a minute you have to spend a lot of time managing your portfolio in order to do well in the stock market. You're actually better off, in fact, by not constantly obsessing over every headline and price change.

Here's a little secret: Too much of the financial media's product (and business television in particular) is entertainment rather than informational. There's nothing inherently wrong with being entertained, but it's sometimes difficult to distinguish between entertainment and an actual call to action. And the longer you plug into the media machine's noise, the more prone you are to making a move when no move is merited. Psychologists call it action tendency, which the American Psychological Association defines as "an urge to carry out certain expressive or instrumental behaviors that is linked to a specific emotion."

If you're still not convinced, chew on this -- not even Berkshire Hathaway's head honcho Warren Buffett watches much business television, nor does he check in on his trades every day. He explains:

"Owners of stocks ... too often let the capricious and often irrational behavior of their fellow owners cause them to behave irrationally as well. Because there is so much chatter about markets, the economy, interest rates, price behavior of stocks, etc., some investors believe it is important to listen to pundits -- and, worse yet, important to consider acting upon their comments."

In other words, less is actually more.