Please ensure Javascript is enabled for purposes of website accessibility
Log In Help Join The Motley Fool
Free Article Join Over 1 Million Premium Members And Get More In-Depth Stock Guidance and Research
By Daniel Foelber - Feb 2, 2021 at 6:45AM

GameStop spooked the market, however this dividend stock and solar stock promise better returns in the long run.

The investing community just got introduced to a new category of stock: "Meme stocks." The now-famous (or infamous, depending on who you ask) subreddit r/WallStreetBets has painted a target on Wall Street's forehead by uniting droves of retail investors. The goal: Take down hedge funds by buying shares and calls in heavily shorted companies like GameStop (GME -4.79%) and AMC Entertainment (AMC 3.48%). The resulting surge in both company's stock prices spooked the market and contributed to the S&P 500's worst decline since October. 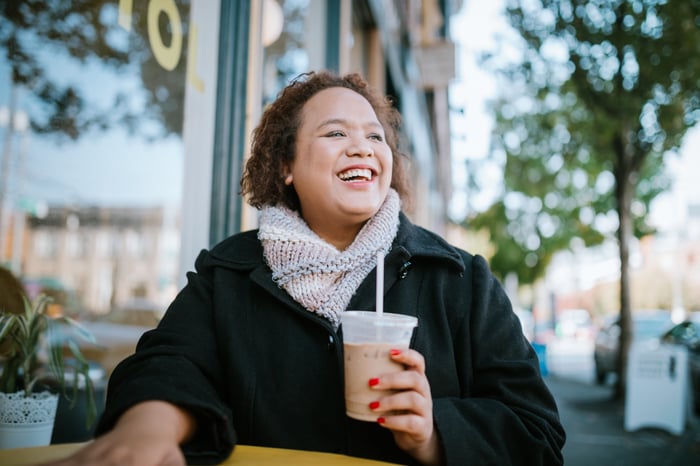 After a red-hot 2020 and a fresh all-time high on the first trading day of the year, shares of Starbucks have been on a gradual decline, which accelerated on Wednesday. The sell-off was mostly a reaction to the company's first-quarter fiscal year 2021 (FY21) earnings, which beat on adjusted net income but missed on revenue. However, the company reported 19% growth in average revenue per transaction. "We continue to see average ticket meaningfully higher than pre-pandemic levels driven by group order, a combination of increased beverage attach, premium beverage mix, increased customization and upsizing, and an all-time high food attachment," said Starbucks CEO Kevin Johnson.

The company reported higher ticket sales in earlier quarters as well -- driven by mobile ordering. Starbucks has big plans to open new stores and ramp up drive-thru and digital offerings as it leverages the popularity of its mobile app. Starbucks' long-term thesis hasn't changed. The sell-off provides a better entry point into the stock. Starbucks has a dividend yield of 1.8% as well. 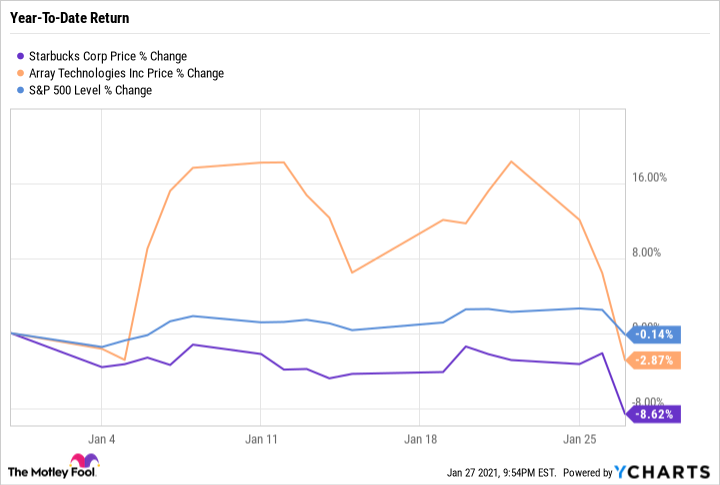 After a hot start to the year, shares of Array Technologies wiped out their 2021 gains and drifted into negative territory. Array went public in mid-October. The newly listed company has a unique position in the solar industry -- designing solar tracking systems for utility-scale projects. Solar trackers can improve power generation by adjusting panels to optimize sunlight throughout the day. Array specializes in single-axis tracking systems, which move the panels from left to right. Single-axis technology has proved more cost-effective at scale than dual-tracking systems (even though dual-tracking generates more electricity). Management notes that Array's trackers have low installation costs and high reliability, which drives down costs for its customers.

Array has only reported one quarter as a public company, so we have to dig deeper to find its past performance. Taking a look at its offering documents, Array grew 2019 revenues by 120% compared to 2018. While it's unlikely to sustain that growth rate, the company is guiding that 2020 revenue will be 32% higher than 2019 and adjusted EBITDA will be 30% higher, which would give it one of the highest growth rates in the industry. With an established foothold in the U.S. solar market, Array is looking to expand internationally to fuel future growth.

The solar sector as a whole skyrocketed in 2020. Many of the industry's leaders now have expensive valuations that can be only be justified by consistently high growth rates. Taking into account Array's 2020 revenue guidance of $855 million, the company would have a price-to-sales (P/S) ratio of 6.1 -- which looks reasonable compared to other solar stocks. 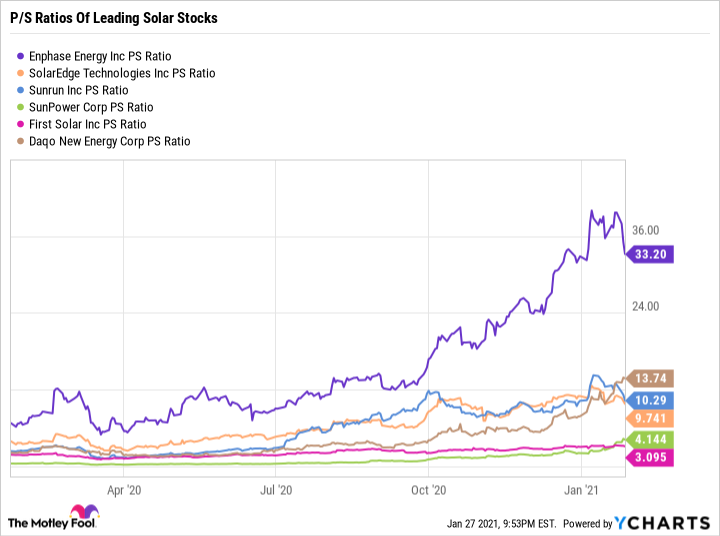 Investors should pay attention to Array's fourth-quarter earnings report in early February to see if the company can meet or exceed guidance. From there, it's worth keeping track of Array's international expansion. If Array can find success outside the U.S., then it will have more room to grow its business. Even with that uncertainty, the company has a reasonable valuation and could be the best solar stock to buy right now.

Stay away from the hype

While it's true that surges in GameStop and AMC are making some people rich, the rise isn't based on the companies themselves. Rather, it's a classic example of a stock price being removed from reality. Investors may remember that something similar happened with Tilray when its stock rose from under $30 in August 2018 to $300 a share on Sep. 19, 2018 (despite the company earning no profit and barely any revenue). Tilray's stock is under $20 today. And GameStop's and AMC's shares will likely be lower a few years from now as well. On the other hand, shares of Starbucks and Array have a good chance of being higher. If the market continues selling off, it's best to ignore the noise and stick to timeless stock investing lessons that can help you beat the market in 2021.

Down 74% From Its High, Is This Solar Energy Stock a Buy?

Why Shares of Array Technologies Plunged 20% in March