Please ensure Javascript is enabled for purposes of website accessibility
Log In Help Join The Motley Fool
Free Article Join Over 1 Million Premium Members And Get More In-Depth Stock Guidance and Research
By Cory Renauer - Feb 2, 2021 at 6:25AM

After decades of effort, electronic health records could finally get an upgrade that allows them to work as intended.

If you're looking for growth stocks that could make you rich, the health insurance industry probably isn't the first place you'd think to look. Over the past decade, though, companies working behind the scenes to manage health benefits have produced market-crushing gains. 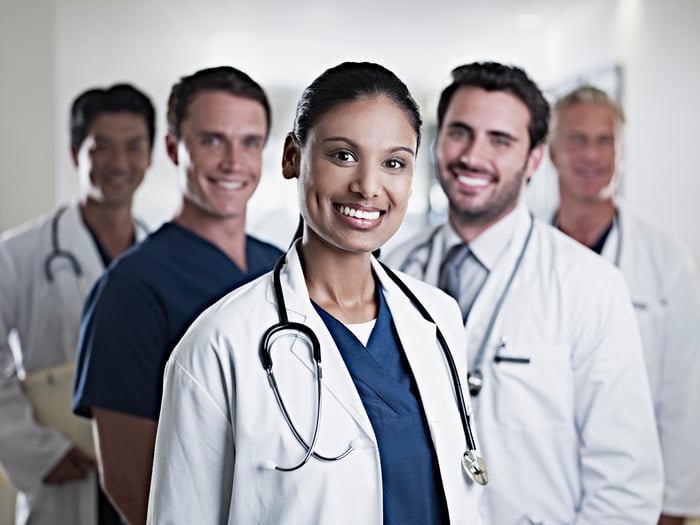 1. Healthcare's where all the money goes

In 2019, U.S. healthcare spending grew to $3.8 trillion, which was 4.6% more than the previous year. We can be sure this figure will keep rising because every day about 10,000 baby boomers celebrate their 65th birthday, which makes them eligible for traditional Medicare, or a private plan alternative called Medicare Advantage.

Clover Health currently manages Medicare advantage plans and receives roughly $10,000 in annual revenue per patient from the Centers for Medicare and Medicaid Services in the process. There are many potential new customers for Clover Health to sign up. In addition to about 10,000 newly eligible Medicare beneficiaries per day, there are about 38 million Americans on traditional Medicare, plus another 24 who have already transitioned to Medicare Advantage plans.

Over the past decade, the federal government has spent about $36 billion switching from paper to electronic health records (EHRs). Accessing that data and using it to make better decisions for patients in order to lower their overall costs of care is still more challenging than it should be.

In a nutshell, medical benefits providers hired to produce the EHR systems that hospitals bought were mainly set up to facilitate complex billing systems. Priority was not given to collection and dissemination of the information physicians need to make better treatment decisions. In fact, competing EHR vendors regularly silo collected data, preventing the formation of a useful nationwide database.

3. The Clover Assistant is a hit

Primary care providers (PCPs) that partner with Clover Health get to use a web-based application called Clover Assistant to access and update patient info. Promises of higher and faster reimbursement rates for Medicare Advantage patients encourage PCPs to try the application. Responses so far have been outstanding.

If you want to know what your doctor looks like when they're angry, try asking them about their experience with EHR providers. Providers are eager to use the Clover Assistant. The same can't be said for legacy systems that were engineered for administrators and nearly always implemented piecemeal through acquisition. 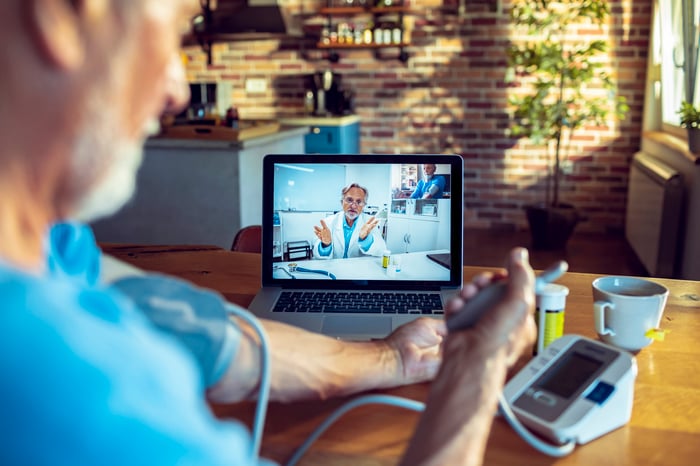 Clover Health Chief Technology Officer Andrew Toy worked as a product director at Alphabet subsidiary Google. He brought some of his former employer's user-focused approach to software design with him. The Clover Assistant's net promoter score of 59 during the six months ended last September means the number of providers likely to recommend using it minus the number likely to discourage colleagues from using it worked out to 59% of those surveyed. During similar physician surveys, legacy EHR providers generally score deep in negative territory.

Clover Health is also driving utilization by making sure PCPs are quickly reimbursed at a simple fixed rate that's roughly double the industry standard, but only if they use Clover Assistant to facilitate the visit and submit the claim.

Despite offering lower out-of-pocket costs to customers and higher reimbursement rates to providers, Clover Health uses about 89% of revenue from collected premiums to pay medical claims. That's significantly higher than UnitedHealth Group, but not so high that the company can't make ends meet.

Clover Health reported a $13 million profit in the third quarter, while average membership during the first nine months of 2020 rose 39% year over year to just 56,500 members.

5. Built to scale at the speed of software

UnitedHealth's membership roster is about 1,000 times the size of Clover's, but so is UnitedHealth's employee roster. Clover Health had just 327 employees at the end of last September. It looks like Clover could set a new industry standard for efficiency.

Over the past two years, Clover Health has nearly doubled membership numbers and its geographic footprint without raising operating expenses. In fact, spending on salaries and benefits actually fell 22% year over year during the first nine months of 2020.

Clover Health is a great stock to buy right now, but make sure any position you start makes up a relatively small part of a diversified portfolio.

There are plenty of good reasons to buy shares of Clover Health right now, but it's important to remember this is a tiny company competing against gigantic providers like UnitedHealth in a highly regulated industry. It sure looks like Clover Health has what it takes to grow its membership base by leaps and bounds, but any signs of stagnation over the next several quarters could cause investors to cut and run.