A big gain for the broader market left many high-flyers out.

Stock markets had another exceptionally strong day, with major market benchmarks starting to come close to new all-time record highs. The Dow Jones Industrial Average (^DJI -1.46%), S&P 500 (^GSPC -1.69%), and Nasdaq Composite (^IXIC -1.71%) all managed to rise between 1% and 2% on the day, showing the breadth of the market's advance.

Yet there were also some really big losers in the market. In particular, many investors rotated out of the stocks that had seen their share prices rise the most in recent days due to short squeeze  efforts. As these companies see their stocks fall back to earth, the question many have is whether any of them are worth buying at more reasonable levels. Below, we'll look more closely at the carnage to see if there's anything worth salvaging. 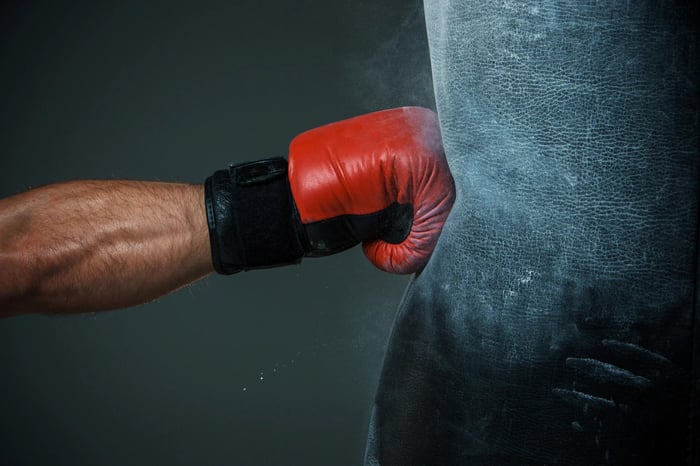 Red amid the green

Even with the market doing well, there were stocks that fared poorly:

In some ways, it's good to see the stock market moving past the whole GameStop episode. It's critical for long-term investors to focus on the fundamentals of the businesses in which they invest. Short-term traders might be able to scrape some hard-earned profits from their efforts, but all too often, those who don't know exactly what they're doing or how to execute on their short-term strategies end up getting left holding the bag.

Should you buy any of these stocks?

Yet the question that many people have is whether any of these stocks will be worth buying after the short squeeze runs its course. After all, if the stock price rose too high during the squeeze, then it's logical to assume that it might fall too far in its aftermath.

The answer depends on each company and its particular prospects. In the case of GameStop and AMC, the whole reason why they had such large short-selling positions in the first place was that their respective business models were under threat. Direct-to-gamer sales had disrupted a lot of GameStop's business, and although the release of new video consoles would potentially be a shot in the arm for the company, its future strategy from here remains in doubt.

Similarly, AMC still faces pandemic-related restrictions. Even after COVID-19 is brought under control, AMC will still have to fight against the same trends that hurt its business before the pandemic, most notably streaming video. Video providers have grown substantially in the past year, making it an even more uphill battle for AMC.

For Workhorse, Virgin Galactic, and BlackBerry, there are better bullish arguments. All three remain highly speculative, with BlackBerry still reinventing itself and both Virgin Galactic and Workhorse only at the very beginning of their plans to build successful businesses. Their stock prices are still well above where they were just a week or two ago, so it's entirely possible the downturns have further to go.

In the end, the reason you should buy a stock is that you believe that its business will succeed and its stock price will follow. It's never a sure thing that a company will do well. But if you have reasonable conviction about good prospects ahead for that company, then falling stock prices should make you more interested in putting money to work for the long haul by buying shares.

BlackBerry Disappoints, but This Space Stock Is Falling Even Harder

Wall Street Doesn't Like These 2 Deals, and Shareholders Are Paying the Price Monday