Please ensure Javascript is enabled for purposes of website accessibility
Log In Help Join The Motley Fool
Free Article Join Over 1 Million Premium Members And Get More In-Depth Stock Guidance and Research
By John Rosevear - Feb 3, 2021 at 11:00AM

Ford is feeling the effects of its discontinued car models.

Ford Motor Company (F -3.78%) said that its U.S. sales fell 8.3% in January from a  year ago, as tight pickup-truck supplies and discontinued sedan models made for a tough comparison.

There was better news on the retail front, where sales were up 5.5% from a year ago. Ford is prioritizing higher-profit retail sales over commercial-fleet sales as it builds up dealer stocks of its all-new F-150 pickup and Bronco Sport SUV. 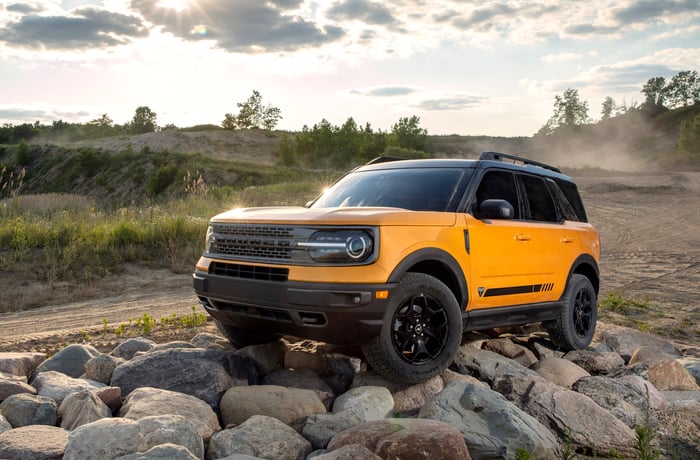 Next up: Ford earnings

Ford will report its fourth-quarter and full-year 2020 earnings after the market closes tomorrow, Feb 4. Analysts are expecting a loss, on high costs related to the F-150 and Bronco Sport launches, but there are some reasons to think that Ford might surprise us.