Please ensure Javascript is enabled for purposes of website accessibility
Log In Help Join The Motley Fool
Free Article Join Over 1 Million Premium Members And Get More In-Depth Stock Guidance and Research
By Jennifer Saibil - Updated Feb 4, 2021 at 9:53AM

While the market may be in short-term chaos, you can still trust these stocks as long-term holdings.

Investors may be feeling a bit unnerved by the high volatility recently around shares of GameStop. Is this the market as we know it? Should you change your investing thesis?

The market is set up for these kinds of coups. They can happen, and the fact that they do just demonstrates that the market is working the way it's supposed to. Individual investors have power in the market, but you don't need to band together with a group of them to take down Wall Street in order to succeed, and you don't need to use intricate investing schemes, either. If you can identify companies with solid financials and high growth power, you can expect their stock prices to rise over time, giving you the ability to accumulate wealth.

For the month of February, I'm giving you two great stocks to buy. One is an up-and-coming power in the entertainment industry, and the other is an established leader in e-commerce. Having a mix of new growth stocks and industry leaders can diversify your portfolio and give it the strength to withstand market uncertainty. Both Roku (ROKU 7.11%) and Amazon (AMZN 2.57%) can help you achieve long-term investing success. 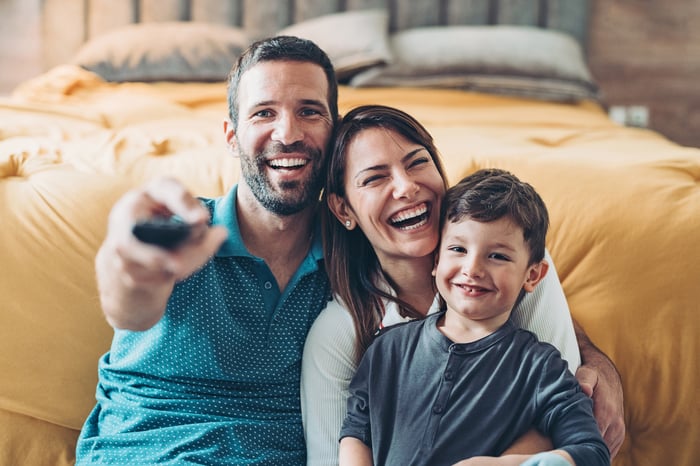 Building streaming products for the future

A few years ago, some experts opined that 85% of the jobs that people will do in 2030 hadn't even been invented yet. Well, in that same vein, in many ways, we can't yet imagine what our homes will look like in a decade. Or maybe we can -- a number of companies are in the process of developing next-generation home and office products, and Roku is in that category.

The company, which creates streaming devices and operates a popular streaming platform, had an amazing 2020. Revenue increased 73% over the prior year in the third quarter as people continued to socially distance, and Roku posted a surprise profit. It signed up almost 3 million new active accounts, bringing its total to 46 million. Roku stock gained 142% in 2020, which was amazing, but not so great a rise that investors now have to question whether or not it has any further room for appreciation. True, the company may not deliver any more surprise profits in the near future, and the stock is trading at an extremely pricey valuation of 31 times sales. But its forward-thinking products are designed for streaming as it becomes a mainstream part of life, and sales could seriously skyrocket.

Roku is also growing its ad-supported Roku channel, which management sees as a huge potential growth driver. As the adoption of streaming spreads, people will pick and choose from among various paid-subscription services, but they can be expected to increasingly sign up for the free ones. Ad revenue is growing smoothly as more companies shift larger segments of their marketing budgets into streaming and see results. Platform revenue grew 73% over the prior year in the 2020 third quarter vs. 46% in the second quarter.It's also growing faster than player revenue, and accounts for 70% of the total.

I'm personally looking forward to seeing what new devices Roku launches to meet new demand in streaming and how the company captures greater market share in 2021 and beyond. 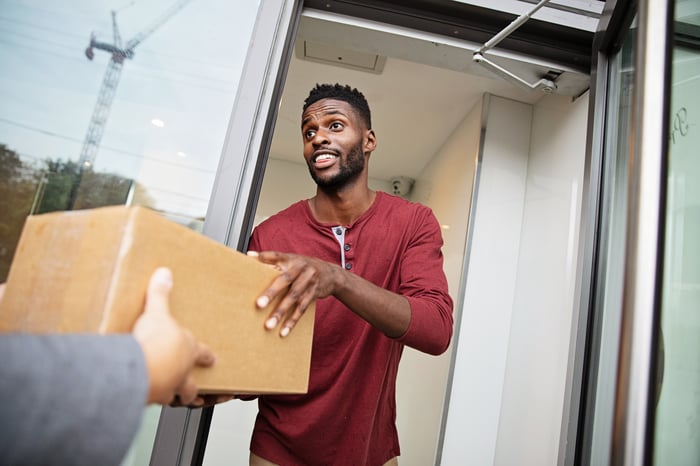 Can it get any bigger?

The king of e-commerce sailed past estimates in the fourth quarter, posting a 44% sales increase over the prior year and more than doubling net income.

Despite its e-commerce dominance, Amazon continues to roll out new projects and disrupt more industries. Some recent launches include a personal shopping service in the style of Stitch Fix (NASDAQ:SFIX), and Amazon pharmacy.

Perhaps the most significant change in Amazon's operations was the introduction of cloud solutions service Amazon Web Services. AWS accounted for only 12% of total sales in 2020 but more than half of operating income, and AWS operating income increased in 47% in 2020 with a 29% margin.

CEO Jeff Bezos announced in the fourth-quarter that he was stepping down as CEO, and AWS CEO Andy Jassy would be taking over in July. It will be interesting to see how that affects the company, but Bezos said that "Right now I see Amazon at its most inventive ever, making it an optimal time for this transition." It's hard to believe that after everything the company has done--Bezos pointed out many innovations, including customer reviews, super-fast shipping, and one-click purchasing--he still considers the opportunity to do more. That's because the company has been so successful at mainstreaming its "crazy ideas" that we don't even consider them revolutionary anymore. That's what Amazon is best at, and Jassy, an Amazon lifer who was central to the development and success of AWS, is certainly qualified to lead the company forward.

Amazon stock hit $3,000 in 2020, but the fourth-quarter report demonstrates that Amazon is as powerful as ever, and a great stock to have in your portfolio.