Frequent trading can hurt your portfolio's performance, so find some great companies to hang on to for the long haul.

"Trading is hazardous to your wealth" -- that's the title of a classic study by researchers Brad M. Barber and Terrance Odean. They're referring to frequent trading. They studied the trading activity in more than 66,000 accounts of a large brokerage and found that those who bought and sold shares of stock most frequently averaged an annual gain of 11.4%, while the overall market's average annual gain was a fatter 17.9%.

Instead of flitting between different stocks that seem exciting for one reason or another (cloud computing! robotics! marijuana dispensaries!), it's generally better to buy into the most promising companies you can find -- and then to aim to hang on to them for many years, as long as they remain promising. 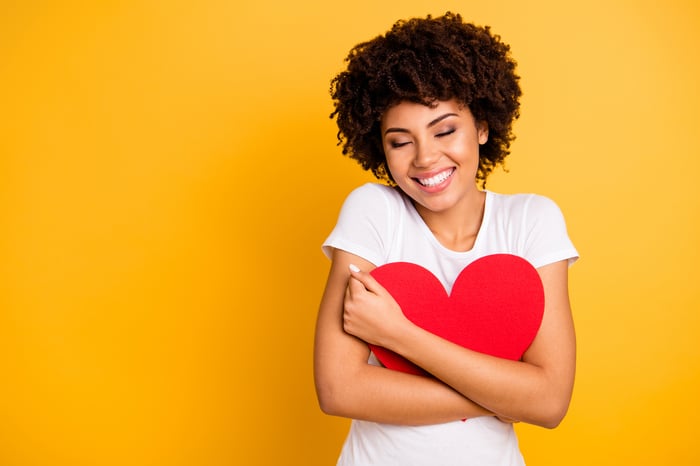 Here are three companies poised to reward shareholders well over the coming decade.

Pfizer (PFE -0.21%)! It's been in the news a lot lately, and a topic of much discussion, because together with German partner BioNTech, it brought one of the first COVID-19 vaccines to market. That's definitely going to add an estimated $15 billion to Pfizer's top line -- but this was already a very big company, with a recent market value near $200 billion.

Pfizer just posted its fourth-quarter and year-end results, and while its revenue topped expectations, its earnings fell short. Short-term performance isn't generally that critical, though, for long-term investors. What matters more is that growth potential remains intact and that the company is executing well. Pfizer expects revenue to be much higher for fiscal 2021 -- potentially 40% higher, or more.

The COVID-19 vaccine is far from all Pfizer has going for it. It has many other drugs on the market, and scores in development -- including other vaccines and drugs targeting inflammation, immunology, oncology, rare diseases, and more. The great success of the Pfizer partnership with BioNTech is also likely to lead to additional productive partnerships. In the meantime, investors can enjoy Pfizer's dividend, which recently yielded a solid 4.4% and which has been increased by an annual average of 6.5% over the past five years.

Mastercard (MA -0.01%) is another dependable company for your portfolio, with a dividend that recently yielded 0.56%. Wait -- just 0.56%? Well, yes, and that is indeed an unimpressive payout. But consider this: Mastercard's dividend has been hiked over the past five years by an annual average of 22%. Better still, its payout ratio -- the portion of its earnings that it pays out in dividends -- was recently just 32%, reflecting a very sustainable payout and one with a lot of room for further growth.

One reason that the payout ratio isn't closer to, say, 90%, is that Mastercard isn't resting on its laurels as a major credit card processor, just collecting a tollbooth-style fee every time someone charges something on a MasterCard. Instead, it's investing in further growth. Management recently pointed to a $235 trillion market opportunity, $50 trillion of which is in person-to-merchant transactions, $125 trillion in business-to-business transactions, and $60 trillion in peer-to-peer transactions and disbursements. Consider, for example, that only 16% of payments were recently being made with charge cards. There's still plenty of room for growth.

Another terrific potential long-term holding is Alphabet (GOOG -1.18%) (GOOGL -1.13%), the parent company of Google. The Google search engine is clearly dominant and generates lots of advertising revenue -- some $135 billion in 2019 and about $46 billion in the fourth quarter of 2020, for a run rate (annual equivalent) of about $185 billion. But the great thing about Alphabet is that it's much more than just Google. The company also owns YouTube, Nest, and the Google Play store, collecting income from all of those, and its Google Cloud business is growing by double digits. There are calls to break up huge tech conglomerates such as Alphabet, but that isn't necessarily a threat for investors -- it may actually unlock value held in various subsidiaries.

Alphabet doesn't pay a dividend at this point. It is a huge company, with a market value recently near $1.3 trillion, and huge, established companies often do pay dividends, but that's usually because their growth has slowed and they don't have as many profitable ways to use their earnings. Alphabet, though, is still growing relatively briskly, and is still able to plow earnings into driving further growth. When that changes, it's reasonable to expect the initiation of a dividend.

These are just three of many terrific companies out there that would make solid long-term holdings. A little searching among Fool.com articles and elsewhere will turn up more.

Here's Why Alphabet Stock Can Absolutely Beat the Market

2 Stocks to Invest Your Stimulus Check In