The stock market closed a strong week with a modest gain on Friday, and that was enough to send the S&P 500 and Nasdaq Composite to new all-time record highs. The Dow Jones Industrial Average wasn't quite able to surpass its own record close, but it was still able to put up a solid rise.

Many investors are getting used to the idea of seeing major market benchmarks consistently climb year after year. Even in a crisis situation like we saw in early 2020, the market's resilience has been remarkable. Yet it's important for investors not to take for granted that the stock market will be able to keep up this pace forever. The last 10 years have been unusually good for major indexes.

What the last decade has brought

The returns that index investors have been able to reap just from passively staying in the stock market have been quite rewarding. Since early 2011, the Dow has generated a total return of 228.6%. That works out to a 12.6% average annual return. 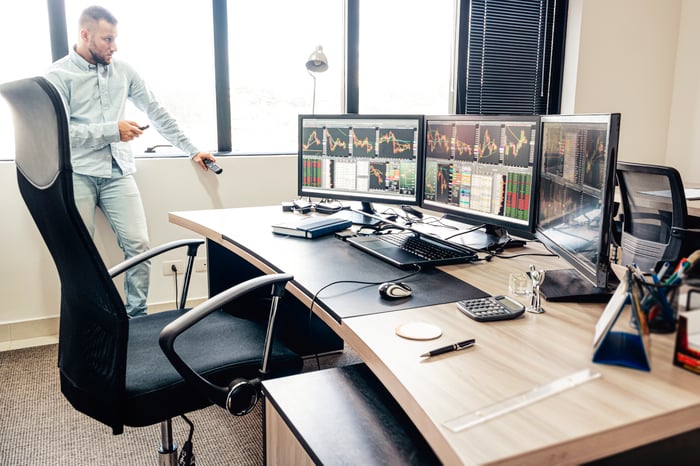 The Nasdaq has done best of all. Although data from YCharts doesn't include the impact of dividends on the Nasdaq the same way it does for the Dow and S&P, even just looking at the index alone shows a gain of more than 400%. That's nearly a 17.5% average annual return.

Those figures are all dramatically beating what the indexes have done historically. Over the past 30 years -- a period that includes the long bull market of the 1990s, the bear market of 2000 to 2002, the housing boom in the mid-2000s, the Great Recession, and the 2010s bull market -- the Dow and S&P are both higher by about 1,000%, while the Nasdaq is up 3,090%. Those are gains of 8.3% and 12.2% annually on average since 1991. Even if you add a couple of percentage points to the Dow and S&P numbers to reflect dividends, you can still see that the last decade has delivered returns of somewhere between two and five percentage points higher than the longer-term trend.

It's entirely possible that future returns could look a lot worse than past ones for an extended period of time. To see what that looks like, all you have to do is look back at the decade from early 2000 to early 2010.

At the beginning of that decade, stocks had enjoyed a long period of prosperity. Tech stocks had led the way higher, and the promise of the internet was creating huge disruptions in traditional ways of doing business in many industries.

Then the tech bust happened, and even after rebounding, the bear market of the Great Recession hit late in the decade. After 10 years, none of the three indexes was higher. The Nasdaq traded at just half its 2000 value.

Could it happen again?

It's premature to conclude that an entire lost decade is inevitable. But it's important to keep perspective and realize just what a strong environment the stock market has enjoyed for the past 10 years. Even if things go back to their normal historical pace of growth, it could prove disappointing for those who got used to outsized returns.

Should You Really Be Investing in the Stock Market Right Now?