The data-analytics software company continues to rack up big partnerships.

Palantir stock jumped 10% at market open today and closed with a 5.9% gain. IBM's stock gains from the announcement have been more muted, with Big Blue's share price up 1.5% at the close. 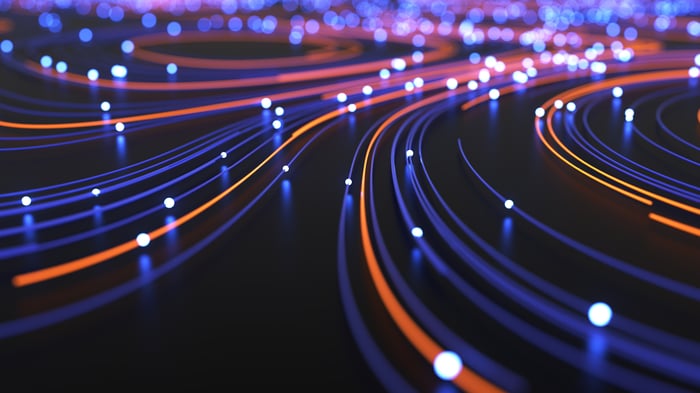 IBM is launching a new product offering that leverages Palantir's Foundry analytics platform to supplement its IBM Cloud Pak for Data, Watson, and Red Hat OpenShift services. Big Blue is aiming to reinvent itself after its acquisition of Red Hat, and IBM's senior vice president for software, cloud, and data Rob Thomas believes that partnerships like the one it has struck with Palantir will play a driving role for IBM's cloud and artificial intelligence business. But it's not surprising that the market is more excited about what the deal potentially means for Palantir.

Writing about the partnership's announcement today, Bloomberg's Lizette Chapman described the deal as giving Palantir access to a sales force of over 2,500 people, a dramatic jump from its current sales force of 30. Palantir has primarily been focused on landing large enterprise customers, but it's also been experimenting with its product offerings and pricing tiers in order to reach a wider audience. Teaming up with IBM will allow the company to reach a wide base of potential customers that could use its data software services.