Please ensure Javascript is enabled for purposes of website accessibility
Log In Help Join The Motley Fool
Free Article Join Over 1 Million Premium Members And Get More In-Depth Stock Guidance and Research
By Travis Hoium - Feb 11, 2021 at 7:45AM

These three companies have more growth potential and could provide massive returns.

If you got into investing recently and maybe even hopped onto the GameStop bandwagon, you probably know how quickly a hot trade can move against you. Billions of dollars were made and lost in a few short weeks, but those who held on for the last week have been heartbroken.

There were reasons GameStop became the trade it did along with a combination of shorting and options that fueled both the rise and the fall. And those short-term trades are risky, which is why we focus on long-term investing here at The Motley Fool.

And if you're just getting started with long-term investing, a great way to do it is with stocks that combine some of the excitement of owning GameStop with the opportunity to own real high-growth businesses -- like Square (SQ -5.52%), Virgin Galactic Holdings (SPCE -5.27%), and Spotify Technology (SPOT -6.84%). 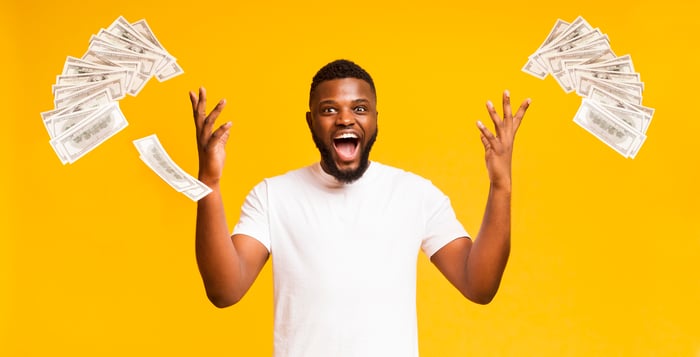 One of the most disruptive digital payment companies of the past decade is Square. It started as a way to take mobile payments with a small, square credit card reader, but today it's a standard point-of-sale system for businesses large and small.

Square has leveraged its payment platform to entrench itself into the everyday operations of businesses, particularly new, small businesses. It has a calendar function, online ordering, point-of-sale features for most businesses, lending, and much more. That's enabled the company to grow revenue rapidly, and it's even reporting a small profit. 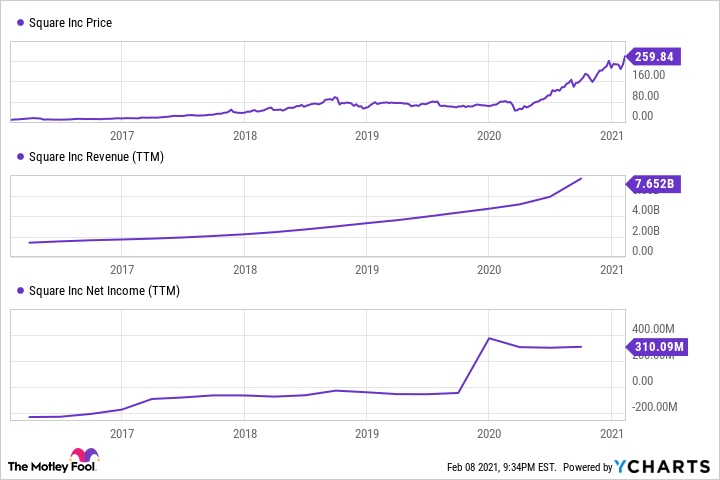 Square isn't a value stock by any means, with a price-to-earnings ratio of over 400, but it's a high-growth company in the disruptive online payment industry. And as long as digital sales continue to grow, Square will, too.

Space exploration is nearly within reach for some wealthy travelers thanks to Virgin Galactic. The company is in the final stages of testing a spacecraft that will take people on a short flight into space in what's being called space tourism. But that's just the start of the company's journey.

In development is a Mach 3 aircraft that could be the epitome of high-speed luxury travel, shortening flights between Los Angeles and Tokyo from 12 hours to three to four hours, or London to New York in just two and a half hours. This aircraft is years from production, but it could be disruptive in the high-end market.

As essentially a pre-revenue company, Virgin Galactic is all about potential. It has just one spaceport, but management estimates that when the company is fully operational, it could generate $1 billion in annual revenue for each spaceport it builds around the world.

So when you look at the stock with its $12.9 billion market cap, think about the potential it has to change the way we think about space and high-speed travel a decade from now, and what that could be worth to investors.

Spotify is a very established company in music, creating one of the world's most popular streaming platforms. And that business forms the foundation from which the company is growing today. 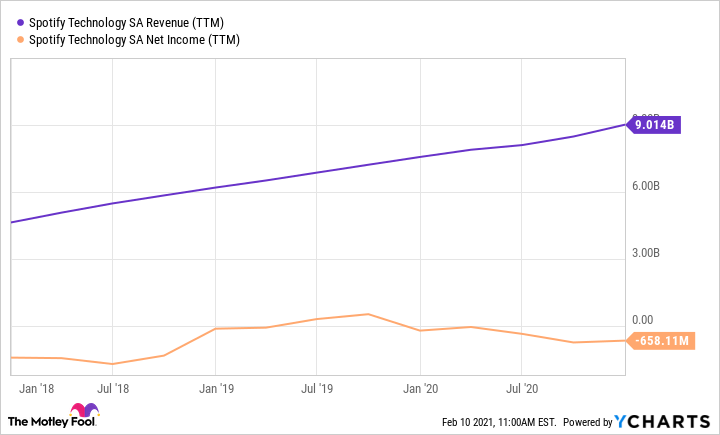 But Spotify's future may be in the podcast and advertising business. In the fourth quarter of 2020, after adding The Ringer and The Joe Rogan Experience to the fold, Spotify's podcast and ad-studio business both grew over 100% versus a year ago. The company is starting to insert targeted ads into podcasts, which could generate growing revenue per download.

Long term, I think there will be incredible value generated by the platform that can unlock podcasts for creators and advertisers. Spotify is trying to do just that, and if it's successful, the upside potential is incredible for investors.

Each of these stocks has the potential to be a multibagger in the long term with less risk of crashing in the short term like GameStop did. If GameStop got you into investing, that's great, but to diversify your portfolio and still generate big returns, simply buying and holding Square, Virgin Galactic, and Spotify would be a better way to invest.