Please ensure Javascript is enabled for purposes of website accessibility
Log In Help Join The Motley Fool
Free Article Join Over 1 Million Premium Members And Get More In-Depth Stock Guidance and Research
By Keith Speights - Feb 11, 2021 at 6:00AM

Trupanion (TRUP -2.70%) delivered sizzling returns last year, with its share price more than tripling in value. However, the stock hasn't been such a big winner so far in 2021.

That's probably not going to change now that the pet medical insurance provider announced its fourth-quarter results after the market closed on Wednesday. The healthcare stock slipped a little in after-hours trading following the release of its latest results. Here are the highlights from Trupanion's Q4 update. 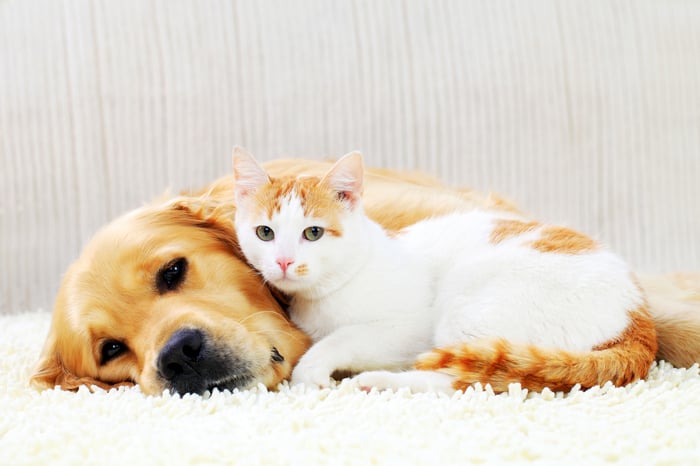 Trupanion reported revenue in the fourth quarter of $142.7 million, a 31% year-over-year jump. This result topped the average analyst estimate of $139.2 million.

The company reported a net loss in Q4 of $3.5 million, or $0.09 per share, based on generally accepted accounting principles (GAAP). This reflected deterioration from the GAAP earnings of $0.6 million, or $0.02 per share, posted in the prior-year period. It was also worse than the Wall Street consensus estimate of a net loss of $0.03 per share in the fourth quarter.

Trupanion ended the fourth quarter with cash, cash equivalents, and short-term investments totaling $229.7 million. This was an increase from the $98.9 million on hand as of Dec. 31, 2019.

The company makes most of its money from insurance subscriptions for cats and dogs. Its subscription revenue totaled $106.4 million in the fourth quarter, up 23% year over year. Trupanion's other business revenue in Q4 nearly doubled from the amount generated in the prior-year period to $36.3 million.

Trupanion reported nearly 578,000 pets enrolled with subscriptions at the end of the fourth quarter. This figure reflected 4.5% sequential growth and 16.9% year-over-year growth. The company's monthly average revenue per pet also continued to climb to $62.03, up from $60.87 in Q3 and $58.58 in the fourth quarter of 2019.

However, Trupanion's acquisition costs are also increasing. The average pet acquisition cost in Q4 was $272. That's up from $261 in the previous quarter and $222 in the prior-year period. The good news, though, is that the company is doing a good job keeping its existing customers. Trupanion's retention rate in Q4 was 98.71%, a little higher than the retention rates of 98.69% and 95.58% in the previous quarter and prior-year period, respectively.

One quarter isn't nearly as important as Trupanion's long-term prospects -- and those prospects seem so strong that I recently bought more Trupanion stock.

I'm especially optimistic about the potential for Trupanion's relationship with Aflac to pay off. The big supplemental insurance company invested in Trupanion and will offer its pet insurance products in the workplace alongside its own insurance offerings. I expect the Aflac connection to boost Trupanion's sales in future quarters.