The stock's gains could continue despite a chink in its armor.

Unlike the first COVID-19 vaccines to receive authorization in the U.S., Novavax's (NVAX -2.56%) candidate, NVX-CoV2373, isn't mRNA-based. Instead, it uses the tried-and-true technique of introducing proteins from a virus into the body to provoke an immune response -- in this case, from SARS-CoV-2, the virus that causes COVID-19. Using this approach, the company parlayed promising early results into over $2 billion in investments from the federal government's Operation Warp Speed (OWS) and the Coalition for Epidemic Preparedness Innovations (CEPI).

Novavax's bet paid off. Late last month, the company provided an update from its phase 3 study in the U.K. and phase 2b trial in South Africa, and it expects results from the U.S. and Mexico in March. While the results have sent the stock up nearly 130% since the readout, there were elements for both optimists and pessimists to focus on. 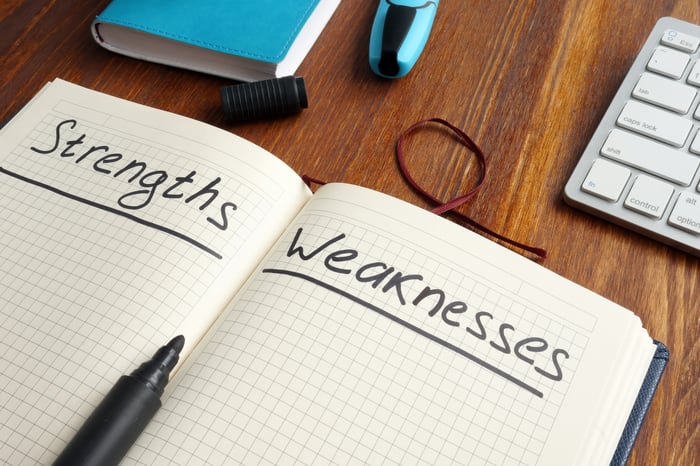 Like the Moderna and Pfizer authorized vaccines before it, Novavax's vaccine candidate easily cleared the bar of 50% efficacy set by the U.S. Food and Drug Administration (FDA) for authorization. In a 15,000-person study of adults between ages 18 and 84, the drug showed 89% efficacy at preventing COVID-19.

Notably, it was 95.6% effective at protecting against the original strain of SARS-CoV-2, and 85.6% against a new variant of concern from the U.K. Despite the slight drop-off in efficacy, that's fantastic news, since cases of the U.K. variant are doubling every ten days in the U.S. and could become the dominant strain in the country by March.

Unlike NVX-CoV2373's impressive efficacy against the older versions of SARS-CoV-2, the South African variant presented a stiffer challenge. That strain contains three critical mutations and first showed up in October, becoming the dominant version of the virus in some regions of the country by December. Novavax's candidate was only 60% effective against this variant. However, this meets the 50% threshold for FDA emergency use authorization. Some trial participants even became sick from the variant after already having had COVID-19.

Gregory Glenn, president of research and development at Novavax, believes an advantage of the company's platform is its ability to rapidly create vaccine candidates that could address multiple strains of the virus. His theory will get put to the test quickly: Novavax is already developing a new version of its vaccine to target the South African variant.

That's similar to the booster that Moderna and Pfizer are developing for their own vaccines. According to Johnson & Johnson's CEO, people will likely need these boosters for the next several years.

So far, the company has proven its doubters wrong, with efficacy rates among the best reported. Novavax is well-positioned to continue rewarding shareholders in 2021, with supply agreements in place to provide more than 2 billion doses per year.

Although manufacturing issues delayed the start of the biotech's phase 3 trial in the U.S. and Mexico, it's expected to produce data next month. A rolling review initiated in the U.S., Europe, Canada, and the U.K. could expedite the process in those areas. In the U.S., that could mean authorization as early as April and enough doses for 55 million people by June.

With exceptional results against older versions of the virus, some protection against a newer one, and a slow rollout of vaccines leaving room in the market for Novavax's offering, it's understandable that the company's stock has rocketed higher since the update last month. If predictions of annual booster shots and new versions of old vaccines prove true, Novavax shares may not be done climbing.

Editor's note: A previous version of this article incorrectly stated the efficacy of Novavax's COVID-19 vaccine candidate against the South African coronavirus variant as 49.4% instead of 60%. The Fool regrets the error.