Please ensure Javascript is enabled for purposes of website accessibility
Log In Help Join The Motley Fool
Free Article Join Over 1 Million Premium Members And Get More In-Depth Stock Guidance and Research
By Zhiyuan Sun - Feb 17, 2021 at 6:45AM

Two popular stocks have made some investors rich over the past month.

Canadian pot grower Sundial Growers (SNDL -1.99%) and veterinary device manufacturer Zomedica (ZOM -0.25%) have returned 205% and 143% to investors within the past month alone, respectively. That kind of mouth-watering share price growth makes the S&P 500's rally of just 4% over the same period look puny.

Shares of the two companies delivered substantial gains after traders of the legendary r/WallStreetBets subreddit took an active interest in them. Previously, said members orchestrated a short squeeze in shares of video game accessories retailer GameStop (GME 6.81%) that led to it becoming a millionaire-maker stock within a very short time frame for a lucky few -- but leading to heartbreak for investors who bought in on the hype at the wrong time. Will investors of Sundial Growers or Zomedica relive that experience? And which is the best poised to succeed beyond the zealous attention from Redditors? With its line of flowers, vapes, pre-rolls, concentrates, and edibles, Sundial Growers currently commands a 3.3% market share in the Canadian legal pot market. Despite its vast selection, the company is out of touch with consumers. Sundial produces way more cannabis products than it can sell. Back in third quarter 2020, Sundial's revenue declined by 36% year over year to CA$12.9 million.

If that wasn't bad enough, its business actually recognized a negative gross profit of CA$45.2 million in the first nine months of 2020. The legal producer wrote down as much as CA$37.6 million in obsolete inventory during that time period. It should be no surprise to find out that the legal producer's quarterly net loss amounts to nearly four times its net revenue, primarily driven by asset impairments.

Instead of tackling the root cause of its inefficiencies, Sundial decided to go to the capital markets to ask for more money. Between November 2020 and February 2021, the pot grower increased its shares outstanding by nearly four-fold to 1.56 billion. If that wasn't enough, the stock currently trades for 44 times revenue. That is very expensive, especially considering some of its peers are doubling their revenue year after year, are turning a profit, do not easily dilute investors, and still inexplicably trade for lower multiples than Sundial. 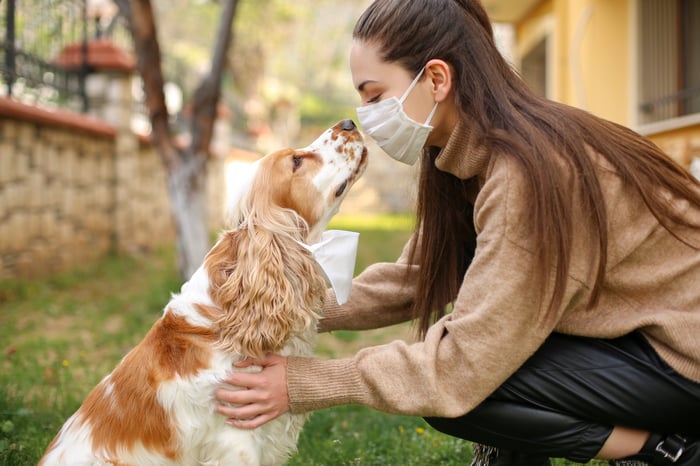 The case for Zomedica

At first glance, Zomedica appears to be worse off than Sundial, as it currently has a market cap of $2.48 billion despite not having a single penny in revenue. On closer examination, I think it is more a diamond in the rough.

You see, the company has developed a pet diagnostic device called Truforma that allows for the precise and reliable detection of thyroid disorders in dogs and cats, and adrenal disorders in the former. Zomedica has approximately 70 issued and pending patents protecting its invention.

The game-changer here is that Truforma enables veterinarians to analyze serum samples at their clinics in less than 15 minutes, saving them the trouble of sending assays to the laboratory.

Its device doesn't only work well in theory. At the moment, the company has the backing of Miller Veterinary Supply (MVS), the oldest wholesale veterinary distributor in the U.S., via a sales agreement. The COO of MVS issued the following comment regarding the partnership: "It isn't often that an industry-changing product like Truforma comes along. We are honored and excited to have been chosen to help bring this technology to market." Truforma will enter commercialization in the U.S. on March 30.

Even though Zomedica is still pre-revenue, its innovative intangible assets have already received validation and should do well in disrupting the traditional veterinary lab diagnostic market. Meanwhile, Sundial investors have to sit through continued poor financial performance and look on as their stake in the company becomes smaller and smaller with each stock offering implemented. Overall, I'd take a decent growth stock over a value trap any day. If we look past the hype, I think that Zomedica is indeed a decent healthcare company to add to your portfolio right now.