Please ensure Javascript is enabled for purposes of website accessibility
Log In Help Join The Motley Fool
Free Article Join Over 1 Million Premium Members And Get More In-Depth Stock Guidance and Research
By Rich Duprey - Feb 17, 2021 at 9:15AM

There's usually more noise than reason at these hearings, but some important truths will likely be told.

Robinhood co-CEO Vladimir Tenev is set to appear before the House Financial Services Committee (HFSC) this week to explain his company's actions during the recent battle royale between Reddit traders from the WallStreetBets board and some of Wall Street's monied titans.

Many investors will be watching because of the actions the stock trading app provider took during the meme stock short squeeze rally. Tenev's answers, and those of others testifying before the committee, could reveal some important lessons that traders and investors could stand to learn. 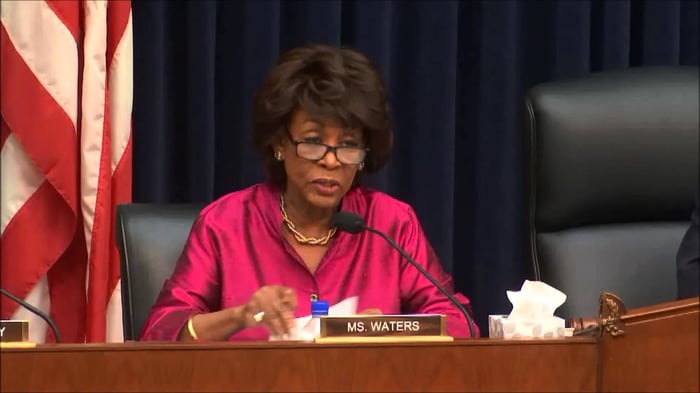 A tale that grows in the telling

The GameStop (GME 11.54%) rally is already the stuff of legend: a band of small retail investors came together to beat back an attack by greedy hedge funds who shorted the video game retailer by far more than what was available to trade.

While reality may be a bit different than the narrative -- institutional investors were also piling in, including other hedge funds, all looking to profit at the expense of the short-sellers -- it's what went on behind the scenes that is more concerning to many involved.

Just as GameStop stock was soaring to its highest levels, Robinhood and virtually every other brokerage stepped in to put restrictions on trading in the stocks that were causing the short-sellers to bleed the most. In many cases, investors were prevented from buying additional stock and were left only with the option of selling their shares. Selling would make more stock available for the hedge funds to cover their positions.

Skeptical about the chance that the brokerages would ever have protected small investors in a similar fashion, HFSC chair Maxine Waters is calling them to Washington, along with financial regulators, and even some of the Reddit players. Waters wants to investigate whether there was any market manipulation that helped stamp out the rebellion.

Part of the reason many believe Robinhood's actions were inappropriate is because of a perceived conflict of interest. Hedge fund giant Citadel owns Citadel Securities, a major market maker separate from the investment firm, but one that also handles most of Robinhood's transactions. Citadel also stepped in with several others to bail out industry peer Melvin Capital with a $2 billion cash injection.

There are firewalls in place to block the one side from talking to the other, but the securities firm is actually one of the biggest on Wall Street, whose website says it handles 47% of all the retail volume in U.S.-listed stocks and 99% of the traded volume of more than 3,000 U.S.-listed options.

Options, in fact, were one of the ways the Redditors were able to help drive up the stock price of the meme stocks. By buying cheap, in-the-money options, the option sellers were forced to buy the underlying stock to mitigate their risk. The more options contracts bought, the more stock they had to buy, which caused the price to rise. That led the short-sellers to buy back shares to cover their positions, fueling further price increases.

Yet there is a logical reason why Robinhood had to step in. Although a stock trade seems instantaneous, there's actually a two-day delay from when you buy the shares and when the transaction is settled. It's called a T+2 requirement, and means Robinhood has to post money it hasn't actually collected, essentially as collateral to cover the trade.

The clearinghouses that handle the transaction demanded Robinhood's separate securities business post billions of dollars to cover the trades in the handful of stocks that were driving almost all of the volume.

Tenev called it a 5-sigma standard deviation event, or a one-in-3.5 million chance, essentially a situation that no one plans for. So until it could raise enough capital to cover the trades, it first blocked, then severely limited, the amount of stocks and options investors could buy in those shares.

We're likely to hear a similar response during the congressional hearing, though many traders probably won't be satisfied with the answer, particularly those who got into the game late. Egged on by celebrities and entrepreneurs who were also throwing money into the pot, many of them are likely sitting on losses instead of the large profits early traders enjoyed.

That's why if you do decide to invest in highly hyped volatile stocks, it's important to stick to the time-tested rules of never investing more than you can afford to lose and only putting a small percentage of your available funds into play. That way you can still be part of the action, while focusing on the long-term fundamentals of your stocks making up the bulk of your portfolio.

Perhaps the warning at the end of the 1983 movie War Games offers the best advice: "A strange game. The only winning move is not to play. How about a nice game of chess?"