Please ensure Javascript is enabled for purposes of website accessibility
Log In Help Join The Motley Fool
Free Article Join Over 1 Million Premium Members And Get More In-Depth Stock Guidance and Research
By Howard Smith - Feb 19, 2021 at 10:22AM

What began as excitement over a potential merger with Lucid Motors looks to have morphed into a purely momentum-driven trade.

The stock of Churchill Capital IV (CCIV) already had a big run entering this week. But it's jumped another 90% since Monday, including today. In early trading, shares of the special purpose acquisition company (SPAC) were up almost 7% before settling back to a 4% gain as of 11:15 a.m. EST.

Rumors of a merger with promising electric-vehicle (EV) maker Lucid Motors started the run-up in the stock last month. More hints that an announcement is forthcoming kept investor interest high, but the SPAC itself now has a market capitalization of $15 billion, without any operating assets. That is at the high end of an estimated valuation for a combined Lucid merger based on just a $10 share price -- today shares are trading at about $60. 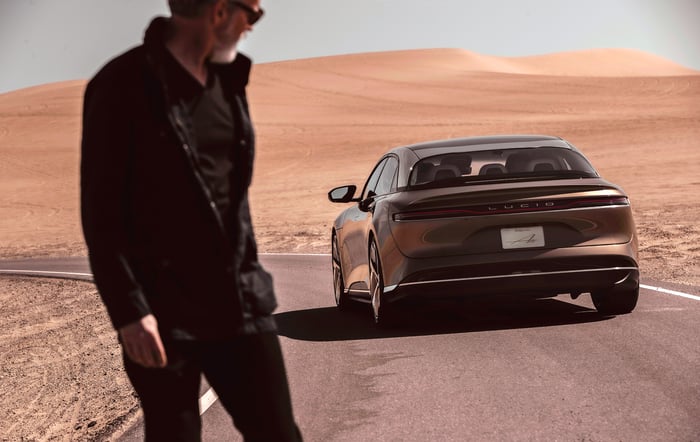 It's possible that excitement over Lucid's potential growth isn't the only thing driving Churchill Capital IV shares at this point. As of the close of business Thursday, shares of the SPAC were ranked No. 5 in orders by Fidelity customers. And the ticker is among the most discussed on some investing forums on Reddit. The retail trader interest is also reflected in the daily trading volume, which has almost tripled in the last month. 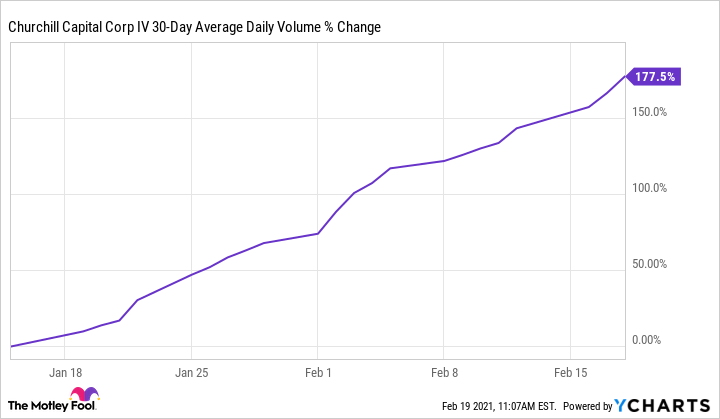 For investors wanting a potential long-term stake in Lucid Motors, risks have mounted with Churchill Capital IV shares. They include the deal not materializing, terms of the deal being unknown, and a valuation that is out of line with the current share price.

It seems speculation and trading is what is happening, not long-term investing. Investors who believe in the promise of Lucid's luxury Air EV sedans should be well aware of the current risks in Churchill Capital IV stock.