Please ensure Javascript is enabled for purposes of website accessibility
Log In Help Join The Motley Fool
Free Article Join Over 1 Million Premium Members And Get More In-Depth Stock Guidance and Research
By Cory Renauer - Feb 23, 2021 at 6:55AM

Despite some serious setbacks, this beaten-down biotech could be a terrific bargain at recent prices.

You won't find many biotech stocks that have upset as many investors over the past year as Galapagos (GLPG -0.68%). In fact, shareholders voicing their disappointment have pushed the stock into the dirt.

Galapagos shares have tumbled so far that coolheaded investors are sniffing around for a bargain opportunity. Let's look at the catastrophes that pushed the stock down to see if it has a chance to rebound. 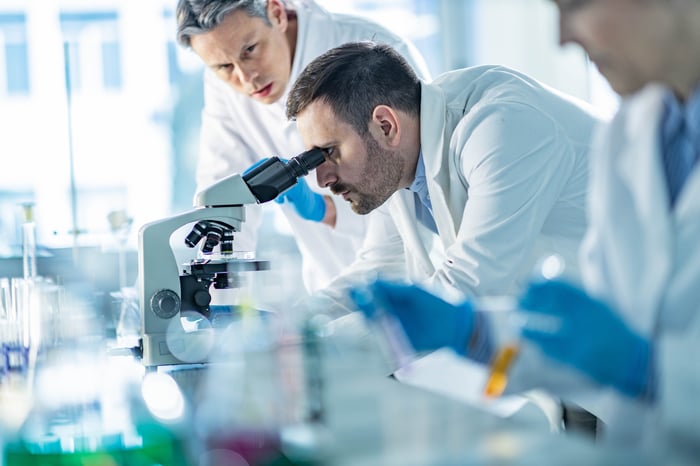 Despite a great year for biotech stocks in general, shares of Galapagos have given up around two-thirds of their value over the past 12 months. Late-stage catastrophes involving filgotinib last August, and, more recently, ziritaxestat, are largely to blame.

Last August, the Food and Drug Administration denied a widely expected approval for filgotinib, an oral rheumatoid arthritis drug that had been expected to generate more than $4 billion annually at its peak for Galapagos and its collaboration partner, Gilead Sciences (GILD -0.21%). After meeting with the FDA in October, Gilead Sciences signaled the end of its filgotinib program by halting three clinical trials that could have expanded its use beyond rheumatoid arthritis.

Earlier this month, Galapagos and Gilead surprised investors again with disappointing news regarding ziritaxestat. This was a late-stage program with blockbuster sales potential as a new treatment for idiopathic pulmonary fibrosis. Despite promising efficacy results in mid-stage trials, its safety-to-benefit ratio didn't hold up during the pivotal study.

Who has a problem?

Late-stage pipeline blowups haven't been good for Galapagos' stock price, but the company's balance sheet is just fine. The company has been developing filgotinib, ziritaxestat, and other drugs at Gilead Sciences' expense.

Following the ziritaxestat-filgotinib double whammy, it's hard to imagine anyone at Gilead will want to hear about Galapagos ever again. Now that Gilead owns around one-fourth of Galapagos' shares, though, it's in Gilead's best interest to make the most of an unpleasant situation. 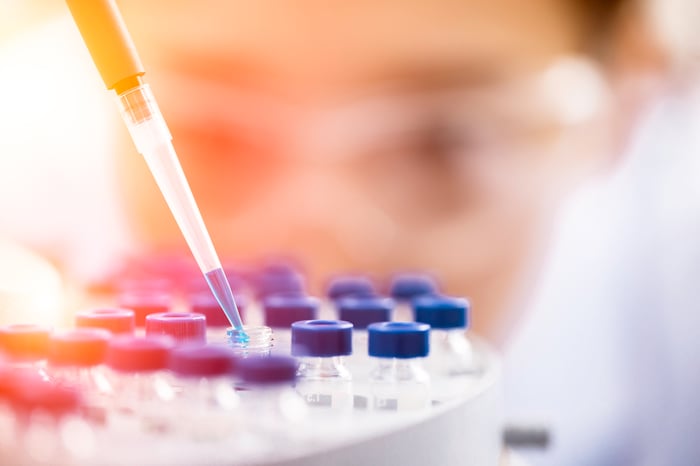 A lot to work with

Thanks to enormous contributions from Gilead Sciences, Galapagos finished last December with about $6.3 billion. Operations burned through $630 million last year, but this figure will plummet in 2021 now that the company has closed doors on filgotinib and ziritaxestat development.

The FDA may have snubbed filgotinib, but it has been approved for marketing throughout the EU and in Japan under the brand name Jyseleca. Galapagos is going to commercialize the drug in the EU. In 2024. it will begin paying Gilead a tiered royalty percentage that tops out at 15% of net sales.

In 2021, Galapagos expects top-line results from a handful of new drug candidates in early stage clinical trials, but its stock price could outperform even if none of these programs succeed. That's because the stock is trading at an insanely low valuation right now.

Launching new drugs in the EU is a slower process than in the U.S., but we can reasonably expect Jyseleca sales to reach $1 billion annually by 2024. It's hard to predict how much the company will spend on research and development over the next several years, but Jyseleca sales should allow Galapagos to continue developing new drugs without burning through its enormous cash cushion. That makes this beaten-down biotech stock a hard bargain to pass up right now.