Please ensure Javascript is enabled for purposes of website accessibility
Log In Help Join The Motley Fool
Free Article Join Over 1 Million Premium Members And Get More In-Depth Stock Guidance and Research
By Rachel Warren - Feb 26, 2021 at 6:45AM

These stocks are primed to generate serious gains no matter what the market brings in 2021.

It's been a whirlwind 11 months for investors since the March 2020 crash, and the market continues to keep even the most experienced on their toes. The market has been delivering record-beating highs among stressful swings downward, driven by a plethora of factors from the recent short-squeeze mania, to ongoing coronavirus vaccine distribution efforts, to worries over a possible "bubble."

But if you have $1,000 to invest right now, you shouldn't be totally wary of putting your cash into the market. I have three rock-solid companies in mind that are not only delivering exceptional growth during these volatile times, but have the wherewithal to maximize shareholder returns over the long haul. 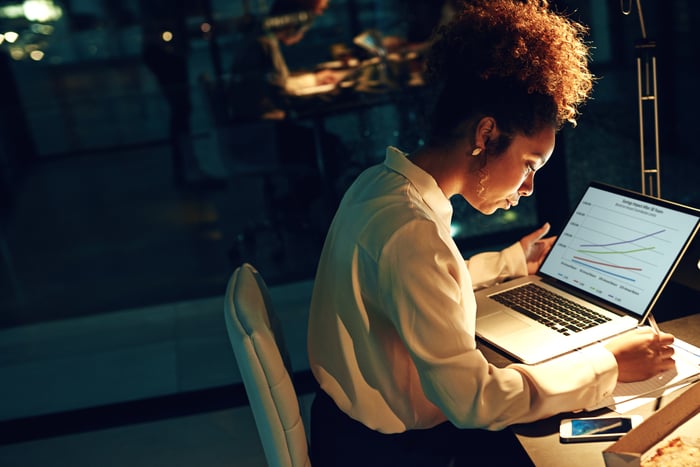 The gig economy was in full swing before the coronavirus pandemic hit, and companies like Fiverr (FVRR 10.47%) that are fixtures in the freelance community have reflected its fast-paced level of growth. In 2019, the leading online freelance marketplace reported its revenue up 42% compared to the previous year. The coronavirus pandemic has had a variant impact on the broader gig economy, but Fiverr's growth hasn't slowed in the slightest. Rather, it's seen a surge in both freelancers and businesses flocking to its platform, resulting in a record-setting uptick in revenue.

For the full-year 2020, Fiverr reported exceptional year-over-year revenue growth of 77%. Furthermore, its gross margin on the basis of GAAP (generally acceptable accounting principles) swelled to nearly 83%, a 330 basis-point increase from 2019. Fiverr has demonstrated an uncanny ability to expand its digital services to reach new swaths of both freelancers and talent-seekers and grow its platform. By the close of 2020, the company had expanded its digital services offerings to more than 500 different categories. Fiverr's fourth-quarter revenue surged 89% year over year while both its active buyers and average spend per buyer surged 45% and 20%, respectively, during the three-month period.

Investors are exhibiting high confidence in Fiverr's future growth prospects, and have driven the stock's price up 700% over the past 12 months alone. And analysts are projecting that Fiverr can grow its average annual earnings by the upper double-digits for at least the next five years. Fiverr's upside potential is enormous, and investors shouldn't hesitate to scoop up shares of this stock before it soars even higher.

Q4 was another record quarter, capping a breakout year for NVIDIA's computing platform. Our pioneering work in accelerated computing has led to gaming becoming the world's most popular entertainment, to supercomputing being democratized for all researchers, and to AI emerging as the most important force in technology.

Shares of NVIDIA have jumped more than 95% over the past year, and the stock is now trading at a lofty 87 times trailing earnings. Notwithstanding its costly share price, NVIDIA's ability to maintain its strong trajectory of growth in its highly lucrative industry despite market inconsistencies is a compelling reason for long-term investors to take a second look at this stock.

Consumer demand for the company's products has remained high despite the ripple effect of COVID-19 on certain client markets (i.e., the automotive industry), and even NVIDIA's more pandemic-impacted business segments are already showing strong signs of recovery. Long-term investors willing to contend with NVIDIA's steep price tag could find a veritable gold mine in this unstoppable growth stock.

Marijuana stocks are no stranger to volatility, and the pandemic market has only served to shed further light on the weaknesses of certain businesses operating in this sector. However, a few pot stocks have managed to stave off fickle market conditions and realize tremendous growth during this volatile period. GrowGeneration (GRWG 6.99%) is one of them. Part of the reason this top pot stock has remained so immune to pandemic headwinds is the fact that it doesn't actually sell marijuana. Instead, its trade is in hydroponic supplies and farming products that aid in the cultivation of marijuana and other crops.

GrowGeneration has an established track record of delivering exceptional balance sheet growth. The company grew its revenue 102% year over year in 2018 and 176% in 2019. GrowGeneration continued the streak last year. The company generated 140% year-over-year revenue growth in 2020, and added more than a dozen new locations to its stable of retail stores during the 12-month period.

Meanwhile, GrowGeneration is continuing to expand its retail presence in key markets. On Feb. 23, the company announced that it had acquired San Diego Hydroponics & Organics, a strategic move to further cement its presence in a state that represents the largest legal marijuana market in the world. "This acquisition brings the total number of GrowGen hydroponic garden centers to 50 stores. In California GrowGen now has 17 stores, with eight of those stores located in Southern California," management said. GrowGeneration is also planning to open several more garden centers across the country before the year is out.

GrowGeneration has jumped nearly 750% since last February, and unlike many other pot stocks, the impact of the March 2020 stock market crash on this pandemic stalwart was minimal. The company has continued to generate stellar revenue growth despite the current recession, all while adding new store locations in areas where growers are capitalizing on increasing pot legalization.

Analysts think that GrowGeneration can boost its average annual earnings by 20% over the next five-years alone, which seems a modest assessment given the company's performance over the past few years. In any case, if you've been contemplating a long-term investment in the marijuana mania but have been holding back due to the risks facing many of the industry's players, GrowGeneration may be the stock for you.

3 Unstoppable Stocks That Can Double Your Money, According to Wall Street

Market Sell-Off: 2 Growth Stocks to Buy and Hold For 10 Years