Please ensure Javascript is enabled for purposes of website accessibility
Log In Help Join The Motley Fool
Free Article Join Over 1 Million Premium Members And Get More In-Depth Stock Guidance and Research
By Howard Smith - Feb 26, 2021 at 10:35AM

Now that the deal with Lucid Motors has been announced, some Twitter comments are moving the stock price again.

Churchill Capital IV (CCIV) has been one of the most talked-about special purpose acquisition companies (SPACs), and had an incredible run prior to having a deal with any operating business. After it finally announced its long-rumored merger with luxury electric-car maker Lucid Motors, the stock tumbled from its more than 450% gains in 2021.

Shares were almost cut in half after the details of the agreement were announced, but are bouncing again Friday after a Dave Portnoy Twitter (TWTR 2.49%) comment has it in the spotlight. As of 9:45 a.m. EST today, shares of Churchill Capital gained 13.2%.

Portnoy, the celebrity founder of Barstool Sports, put out a tweet today seemingly egging on the retail trading crowd. The message started with: "I had a billion people tell me [Churchill Capital IV] was the go button today," before warning followers, "If you can't spot the sucker in the first half-hour at the table, then you are the sucker." 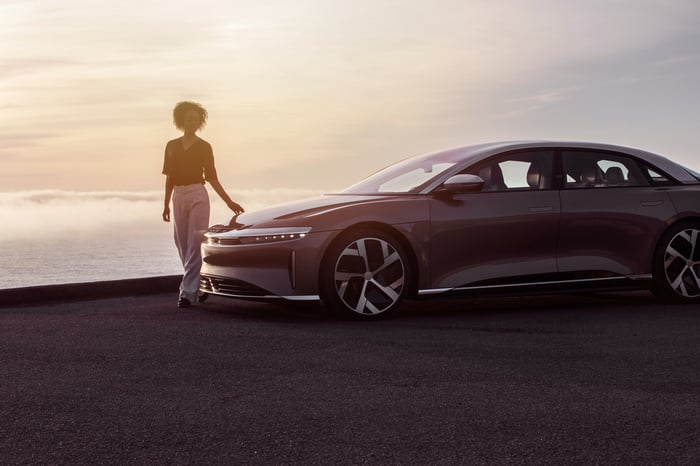 Once the merger deal was announced, terms were not what some speculators in the SPAC had hoped for. The transaction equity value was lower than anticipated at $11.75 billion, helping to cause the large share-price drop. Previous estimates from Bloomberg and others had estimated the valuation to be up to $15 billion.

Today's move, however, seems to be solely based on the retail trader community, and not even on the company. As Portnoy warns at the same time he's touting the stock, true investors should beware of being the sucker.