The bank will offer cryptocurrency trading just as it originally planned back in 2018.

Multinational investment bank Goldman Sachs (GS 0.74%) is within a week of reviving its cryptocurrency trading, Reuters reports, with the trading desk to reopen for Bitcoin (BTC -1.22%) futures and nondeliverable forwards (another type of future-oriented derivative) sometime in mid-March. The bank is also showing interest in the official digital currencies under consideration by several countries, along with blockchain tech in general.

The move comes at a time when explosive growth in the value of Bitcoin and several other cryptocurrencies has led several big players in the financial sector to soften their previously hard-line attitude about digital currencies. Mastercard (MA 0.88%) said in a blog post on Feb. 11 "this year Mastercard will start supporting select cryptocurrencies directly on our network," mentioning Bitcoin by name, while asserting it will "be very thoughtful about which assets we support based on our principles for digital currencies." According to Bloomberg, Visa (V 1.16%) has also said it will support cryptocurrencies if they become a "recognized means of exchange." 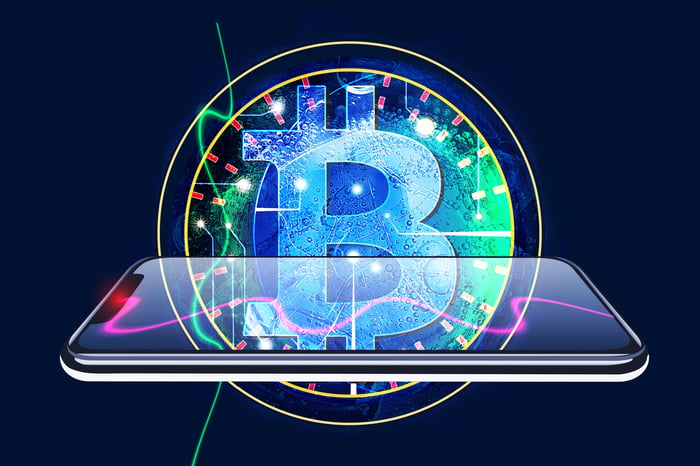 The popularity and value of Bitcoin has mushroomed since the start of the pandemic. The cryptocurrency gained approximately 300% during 2020, and another 70% in January and February of 2021. The volatility of the digital currency means many skeptics remain, but Goldman Sachs' upcoming restart of its cryptocurrency trading desk suggests it's on the side of the bulls, at least for the time being.

According to the digital-currency news site CoinDesk, Goldman Sachs aborted its previous foray into cryptocurrency trading back in 2018 over concerns Bitcoin and similar currencies occupied a regulatory gray area. But at the time, the bank said it might reopen the desk at a later time, along with offering nondeliverable forwards on the cryptocurrency, foreshadowing today's news three years ago.