Please ensure Javascript is enabled for purposes of website accessibility
Log In Help Join The Motley Fool
Free Article Join Over 1 Million Premium Members And Get More In-Depth Stock Guidance and Research
By David Jagielski - Mar 3, 2021 at 7:43AM

It's cheap, profitable, growing, and has a bright future -- what more could you want from a pot stock?

Are you looking for the next big cannabis stock to invest in? Then you'll want to keep a close eye on Fire & Flower (FFLW.F -0.40%). The top Canadian cannabis retailer has a lot of promise, and it could join the NASDAQ soon -- it filed an application in February.

While its market cap is still a relatively modest $240 million or so, it has been growing at a rapid clip, and with a big investor backing the business, the sky could be the limit. Here's a closer look at the company and why it may be one of the best pot stocks to buy right now. 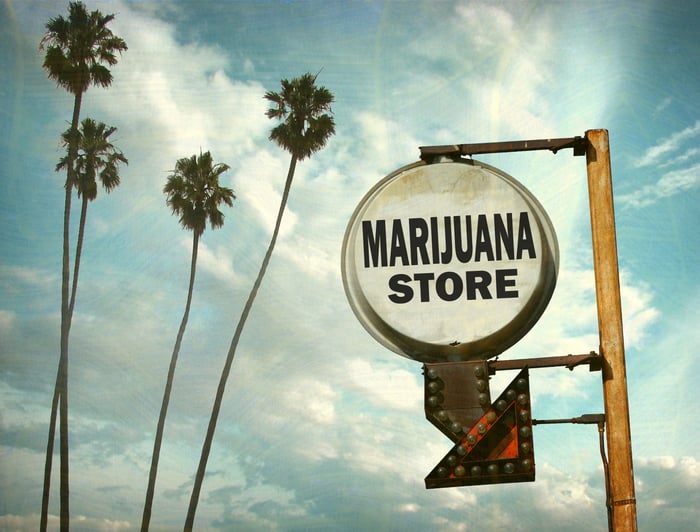 Support from a retail giant puts it in a great position

One reason cannabis company Canopy Growth is viewed as a relatively safe investment is its partnership with Constellation Brands, which offers stability and will also create opportunities down the road thanks to its distribution network. Fire & Flower likewise has a great strategic partner in Alimentation Couche-Tard (ANCU.F), a convenience store giant with more than 14,000 locations across the globe. Americans will likely be most familiar with its Circle K brand. By comparison, Fire & Flower currently lists just 63 locations on its website.

Alimentation Couche-Tard knows how to grow a business, and it could help Fire & Flower expand its sales into other parts of the world. The company first invested in the pot retailer in 2019, when it acquired just under 10% of the business. A year later, it exercised options to expand that stake to 15%, and it has the potential to become a majority owner by exercising more warrants. With that larger stake comes a greater incentive to see Fire & Flower succeed. And Alimentation Couche Tard could use the extra revenue. In its fiscal 2020, it generated $54.1 billion in sales, down 8.4% from the previous year.

One way to tap into that growth potential would be for the companies to operate their stores in close proximity to one another. In July 2020, Fire & Flower announced the launch of a pilot program that opened two pot shops adjacent to Circle K convenience stores, where they could benefit from high levels of foot traffic. According to Fire & Flower's website, it has not yet expanded on that program -- but that's what makes the opportunity so exciting. These two companies have only scratched the surface in terms of taking advantage of their potential synergies. And in the meantime, Fire & Flower's business still looks great.

Fire & Flower has been growing at a great rate, and it's profitable

On Dec. 15, Fire & Flower released the results for its fiscal third quarter, which ended Oct. 31. Its sales came in at 33.1 million Canadian dollars, up 142% from the CA$13.7 million it generated in the prior-year period. That was also a quarter-over-quarter increase of 16%. And although it incurred a loss of CA$25.7 million during the quarter, that was largely a result of a loss on debt extinguishment, which saddled it with CA$53.9 million in expenses. After factoring out other income and expenses along with other non-cash items, the company's adjusted EBITDA was CA$1.2 million. Achieving positive adjusted EBITDA is no small feat for a pot company -- in fact, it's something even top cannabis producer Aurora Cannabis is still striving for.

If it moves to the NASDAQ, Fire & Flower will become more accessible to investors, and that could help give the stock a boost. In the past 12 months, its shares have doubled in value -- outperforming the Horizons Marijuana Life Sciences ETF, which was up by about 80% over the same period. With a small market cap, a great growth partner in Alimentation Couche-Tard, and an already-profitable business, Fire & Flower looks to be an underrated buy right now that could be poised for even greater returns in the years ahead. 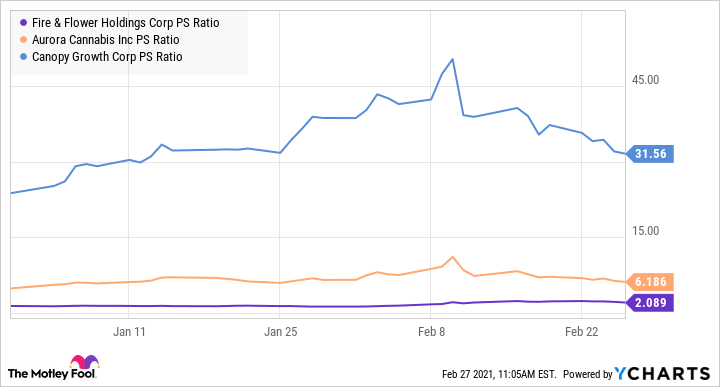 At a price-to-sales ratio of just over 2 -- much cheaper than riskier pot producers Aurora Cannabis and Canopy Growth -- this stock is a steal.

2 Underrated Cannabis Stocks That Could Be Great Buys