Cryptocurrency prices are soaring, and NVIDIA's (NVDA -2.51%) gaming segment is booming. We've seen this story before, and it didn't end well for crypto traders or NVIDIA investors.

The last time this scenario occurred was in 2018, when surging digital currencies boosted the demand for high-end graphics cards by crypto miners. When the bubble popped, NVIDIA's gaming segment suffered an oversupply of chips, causing sales of graphics cards, and the chip maker's stock price, to fall sharply.

NVIDIA is better prepared this time around. While it doesn't know exactly how much demand is coming from miners, analyst estimates suggest that mining demand comprised a small amount of NVIDIA's gaming revenue in the fiscal fourth quarter, which bodes well for near-term stability in the gaming segment.

Here are three reasons why NVIDIA's record performance last quarter is due to genuine demand coming from PC gamers.

A confluence of factors drove tremendous growth in the video game industry in 2020. Total video game sales increased by nearly 20% last year, according to Newzoo, as more people stuck at home picked up gaming as a new hobby during the pandemic.

The heightened interest in gaming carried through the end of the year, with strong demand for the new consoles from Sony and Microsoft. Plus, new chips from NVIDIA and Advanced Micro Devices (AMD -3.28%) sparked an upgrade cycle for those who play games on PC.

These factors, along with continued growth in live game streaming and new games supporting NVIDIA's RTX ray tracing technology, have lit a fire under the whole gaming market.

There are now 3,000 games that support RTX ray tracing, including the most popular titles on the market, such as Fortnite, Activision Blizzard's World of Warcraft, Microsoft's Minecraft, and CD Projekt's Cyberpunk 2077. 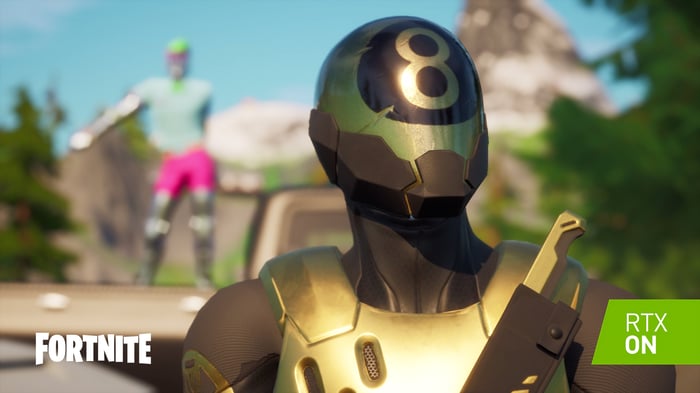 When we step away from high-end chips and look at sales of computer peripherals and other system components at other companies, we see the same trends happening.

Logitech International (LOGI 0.27%) posted a 78% growth rate in its gaming segment in the most recent quarter. Logitech is a leading manufacturer of mice and keyboards and other products specifically designed for gaming.

Corsair Gaming (CRSR -0.86%) manufactures several types of gaming products, such as memory modules and computer cases, which are essential parts for building a gaming PC. Strong demand for these products drove revenue growth of 55% in 2020, with growth accelerating toward the end of the year.

The results at Logitech and Corsair are a good indication that the momentum in the gaming market is the most important factor driving NVIDIA's gaming growth, not crypto mining.

NVIDIA sells its graphics cards designs to other manufacturers, which handle distribution, so it's basically impossible for management to know who is buying its cards and for what purpose. However, the graphics specialist is taking drastic steps to keep cryptocurrency miners from buying its RTX GPUs.

It recently launched a new chip designed specifically for mining. This new line of crypto mining processors (CMPs) will start shipping in March. The new chips will give management better clarity on how much mining demand is out there, but management's early expectations are not high.

Currently, management expects CMPs to contribute only $50 million to its fiscal first-quarter revenue. That's not much compared to NVIDIA's total expected revenue of approximately $5.3 billion based on guidance.

The relatively low revenue guidance for CMPs is consistent with analyst estimates of how much crypto mining contributed to NVIDIA's gaming revenue in the last quarter. "Analyst estimates suggest that crypto mining contributed $100 million to $300 million to our Q4 revenue, a relatively small portion of our gaming revenue in Q4," Kress explained during the call.

Indeed, $300 million would be 12% of NVIDIA's gaming revenue. If that number is accurate, then NVIDIA's adjusted gaming revenue, excluding mining demand, was $2.1 billion, still representing a robust 47% year-over-year growth rate.

We'll learn more as the year goes on about the effect of crypto mining on NVIDIA's business. But right now, all signs point to crypto mining having a limited effect on this top semiconductor company's gaming business.