Please ensure Javascript is enabled for purposes of website accessibility
Log In Help Join The Motley Fool
Free Article Join Over 1 Million Premium Members And Get More In-Depth Stock Guidance and Research
By John Rosevear - Updated Mar 4, 2021 at 11:12AM

But there are a few catches.

Honda Motor (HMC -1.52%) says that on Friday, it will launch the first production vehicle with so-called Level 3 semi-autonomous technology, which means it can be self-driving under specific, limited circumstances.

The feature is an option on Honda's new Legend, a large upscale sedan sold in Japan. Regulators there have approved the system for limited sale. For now at least, Honda plans to offer just 100 cars with the new technology, which will be available only on leased vehicles priced at 111 million yen, about $102,000. 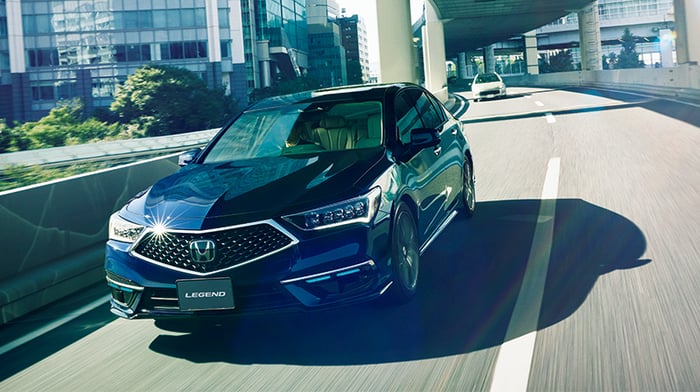 Honda's new Legend, the first vehicle to be offered with an optional Level 3 self-driving system, will go on sale in Japan on Friday. Image source: Honda Motor Co., Ltd.

It's a test, but it's an important one that will be watched closely within the industry. Automakers so far have hesitated to venture beyond Level 2 driver-assist systems because of concerns about driver confusion and liability.

A Level 2 system, such as Tesla's Autopilot or General Motors' Super Cruise, can allow for hands-free driving under limited circumstances, such as on a highway. But the human driver must remain alert and ready to take over on short notice.

The difference between such systems and Honda's new Level 3 Sensing Elite system is a matter of degree. In theory at least, Honda's system allows more time for the human driver to take over, meaning that the driver need not remain quite as alert.

How will that work in practice? The world will soon find out.