There's growing optimism this could be a high-growth EV stock.

Shares of electric-vehicle (EV) upstart Fisker (FSR 5.61%) jumped 89.6% in trading during February, according to data provided by S&P Global Market Intelligence, after the company reported earnings and an important new partnership. But shares have fallen 20.7% already in the first four days of March.

Fourth-quarter 2020 earnings weren't too much to write home about. The company still hopes to begin production of the Fisker Ocean in Q4 2022, but that's still a long way off. One notable figure was 12,467 reservations for the vehicle and a 400% increase in reservation rate over the previous four months. 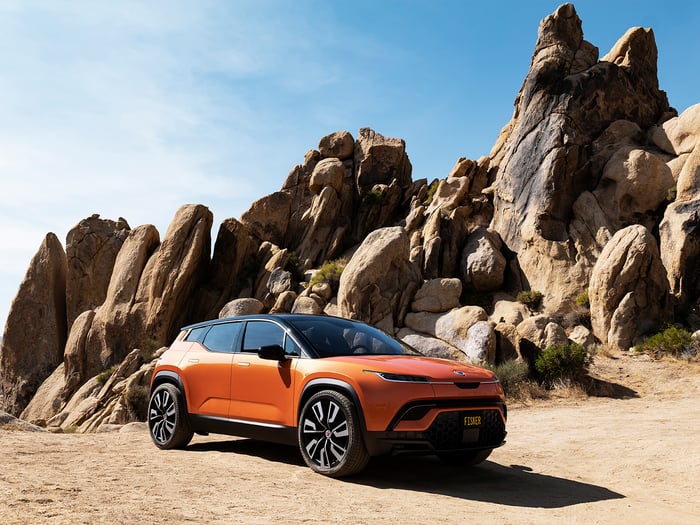 The more notable announcement was a memorandum of understanding signed with Foxconn to jointly develop a Fisker vehicle that will be made by Foxconn. Volumes are expected to be over 250,000, which would be a huge leap forward for Fisker. And production is expected in Q4 2023.

Investors are cheering the growing potential for Fisker in electric vehicles. The company already has a partnership with Magna to produce EVs in Europe and has added a big partnership in China. Now, it just needs to prove that it can sell hundreds of thousands of vehicles per year, and this could be a truly revolutionary electric-vehicle stock.