Investors got a reprieve on Friday, and it'll give them one last chance to get a key thing done.

The stock market went on a roller-coaster ride on Friday, initially falling sharply to continue the weakness it has suffered from for most of the week. But the last several hours of the session featured a big move higher. By the end of the day, gains for the Dow Jones Industrial Average (^DJI 1.61%), S&P 500 (^GSPC 1.99%), and Nasdaq Composite (^IXIC 0.00%) amounted to as much as 2%.

This week has given investors a small taste of what it's like to go through a minor downturn in the market. For shareholders in some stocks, though, it's been more like going through a bear market. If you found yourself more scared about the stock market than you anticipated, then Friday's rise was good news because it gave you the ability to find an investment strategy more aligned with your needs and goals. Wait too long, though, and it could be too late to make changes before your current situation does some real damage to your portfolio. 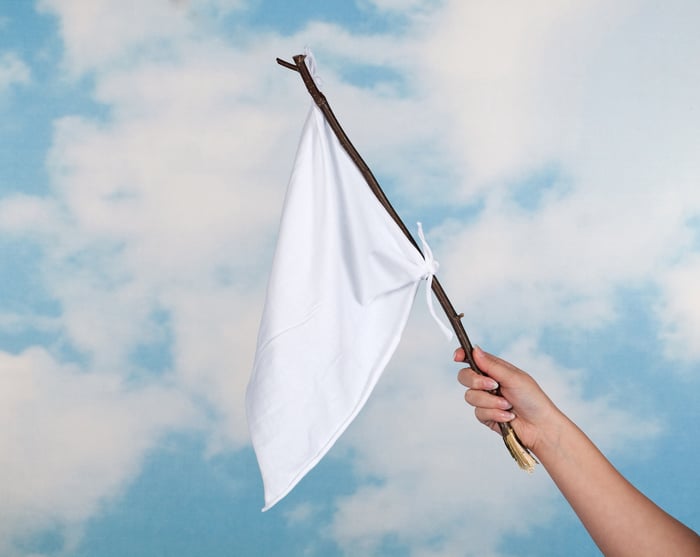 Can you really deal with stock market volatility?

Many investors have a mindset that allows them to embrace volatility. When you're first starting out, for instance, you typically have just a small amount to invest. With relatively little at stake, it's a lot easier to put your confidence in a long-term growth stock with aspirations to become the next trillion-dollar company. If it goes badly, then you've only lost a small amount.

As you become successful at investing, however, things change. The size of your investment accounts grows, and suddenly, volatile markets can have a huge daily impact on your finances. Consider this: If you're fortunate enough to amass $1 million in your investments, a 2% move like we saw in today's market action means $20,000 more in your pocket. It takes most people months to make that kind of money.

As great as it is to score a big win, it's feels far worse when you're losing $20,000 or more on a bad market day. And with many of the high-growth stocks that have been the most popular lately, you'll have to endure far worse than that. At its worst levels today, the Nasdaq was down almost 13% from its highs less than a month ago. Yet it clawed back more than 4% of that loss by the end of the day.

Be honest with yourself

What happened this week was a relatively mild drop compared to what can happen in the stock market. The Dow is less than 2% below its all-time highs. So if this week made you nervous, the bad news is that it can get a whole lot worse.

You therefore have two choices. One is to keep your investments the way they are but figure out how to live with the volatility in the stock market. That's probably the best course for many to follow, especially if you have a long time before you'll need the money you're investing. Enduring the 40%, 50%, or even 70% drops that some high-flying growth stocks have seen from their highs just a couple of months ago isn't fun, but it's part of the recipe for enjoying the strong long-term returns they offer.

The other is to tone down your portfolio exposure to a level you can manage. You'll have to sacrifice some of your potential return that way. But now isn't a terrible time to do it because the Dow and S&P aren't that far below their recent record levels.

Make a choice and stick with it

Now is the time to make a choice. Once you've decided, stay committed to your course of action. The absolutely worst thing you can do is to flip-flop between strategies. That way, you'll get the worst of all worlds.

It's not a bad thing to admit you don't have the risk tolerance you thought you did. If making a move now prevents you from making a huge mistake after a stock market crash, then it'll have been well worth the effort.