Bulls have sent shares of this fuel cell specialist soaring for some time now, but the bears struck back last month.

After soaring 86% in January, shares of Plug Power (PLUG -8.77%) fell back to earth last month, tumbling 24%, according to data from S&P Global Market Intelligence.

For Plug Power, the month began auspiciously with Bernstein beginning coverage on the stock with an outperform rating and a $75 price target. Investors sold off shares in the subsequent weeks. With shares having recently soared into the stratosphere, investors likely decided that it was time to take profits.

The growing interest in the hydrogen economy from industrial stalwarts and the company's fourth-quarter earnings report, meanwhile, represented additional factors contributing to the stock's fall in February. 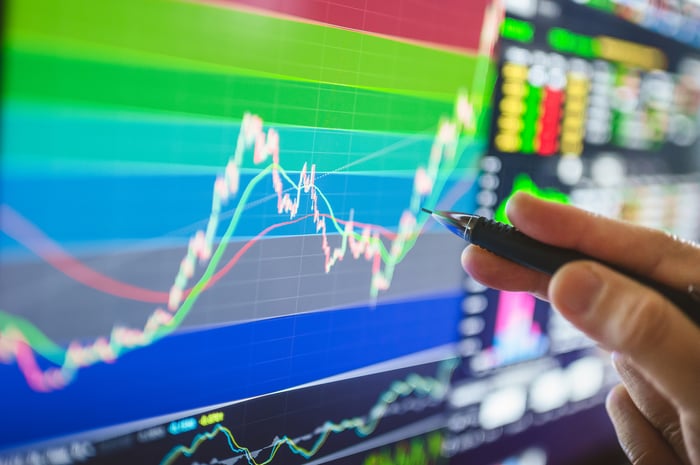 With many renewable energy stocks soaring over the past year, Plug Power has distinguished itself as one of the most successful. How successful? When February began, the stock had skyrocketed more than 1,500% over the previous year. 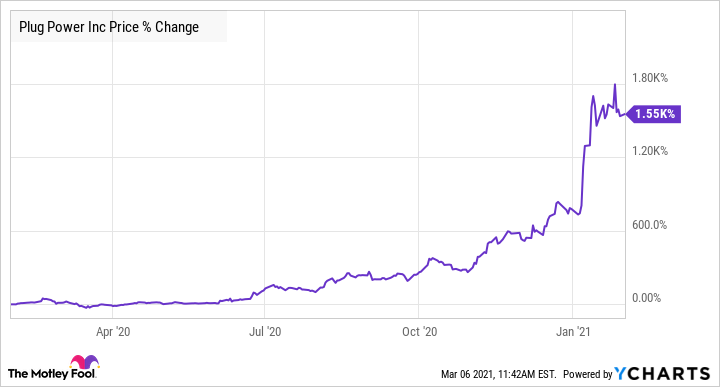 Fearing that the stock's trajectory could reverse course, though, investors decided that it was time to collect their winnings and look for the next growth opportunity -- a decision that was probably arrived at after witnessing the increasing global interest in the hydrogen economy.

In early February, for example, Siemens and Air Liquide announced that they had signed a memorandum of understanding regarding "co-creation of large industrial-scale hydrogen projects" in Europe. Around the same time, Siemens expressed interest in collaborating with BASF in a pilot project for a hydrogen production plant in Germany. The enthusiasm that Siemens is showing in hydrogen-related projects likely dampened  the spirits of Plug investors who had previously celebrated the company's interest in hydrogen production -- an important element in the company's lofty five-year growth plan.

The end of the month didn't provide much to be happy about, either. Presenting its fourth-quarter 2020 earnings, Plug Power reported a considerable loss of $1.12 per share. And while the company generated operating cash flow of about $600,000 in the fourth quarter, for full-year 2020, Plug reported negative $156 million in cash from operations. For some context, Plug had averaged annual operating cash flow of negative $57 million from 2017 to 2019, according to Morningstar.

With shares of Plug Power soaring for so long, it's little surprise that the stock sold off in February. And the sell-off hasn't slowed down; shares have fallen another 19% through the first week of March. It's quite possible that the downturn will continue for some time as investors try to reconcile the exorbitant share price with the fact that 2020 represented another year of the company bleeding cash.