Please ensure Javascript is enabled for purposes of website accessibility
Log In Help Join The Motley Fool
Free Article Join Over 1 Million Premium Members And Get More In-Depth Stock Guidance and Research
By Keith Noonan - Mar 8, 2021 at 9:19AM

Despite the recent pullback, the sports streaming stock has roughly tripled from its IPO price.

Shares of fuboTV (FUBO 9.65%) fell 16.4% in February, according to data from S&P Global Market Intelligence. The sports-focused streaming company has seen explosive gains since going public in October, but its stock saw a significant pullback in conjunction with sell-offs for growth-dependent tech stocks last month. 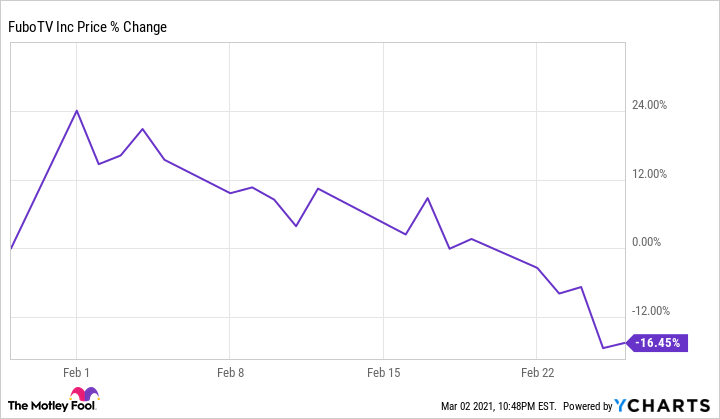 Tech stocks have been very hot over the last year, lifting the overall market to impressive gains despite conditions created by the coronavirus pandemic, but the market's love affair with the sector may be wavering. Significant gains for Treasury bond yields helped kick off a pullback for the broader tech sector last month, and volatility for fuboTV stock has continued early in March. 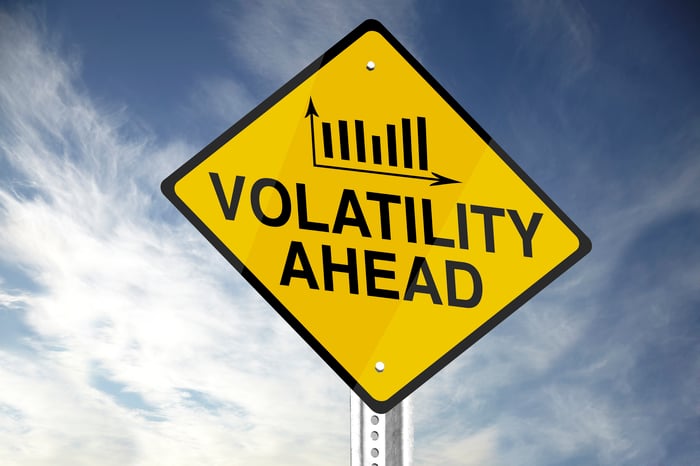 fuboTV's focus on providing a service that's tailored to sports enthusiasts has helped it quickly establish a sizable and valuable customer base, but the company relies on access to content from other broadcasters and getting its platform featured through connected-TV hardware partners. In addition to its subscription streaming segment, the business has a fast-growing advertising unit. It's also making moves to be a player in the online sports-betting space.

The company is pursuing some appealing growth opportunities, but its outlook remains speculative, and it's not surprising the stock has been pressured amid recent market volatility.

fuboTV stock has continued to slide in March. The company's share price is down roughly 22.7% in the month so far. 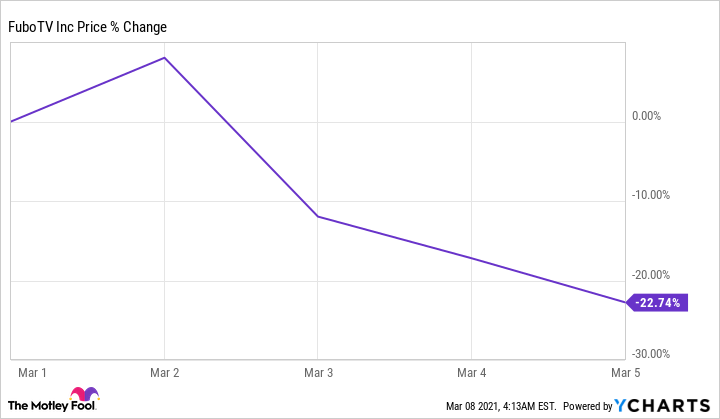 fuboTV stock rose roughly 18.7% across the first two trading days in March, but shares fell following the release of the company's fourth-quarter results and another sell-off for growth-dependent tech stocks.

Sales climbed 83% year over year in Q4 to reach roughly $105.1 million. Paid subscribers rose 73% compared to the prior-year period, hitting nearly 550,000, and average revenue per user soared. However, guidance for sales between $101 million and $103 million in the first quarter suggested a sequential revenue decline of roughly 3% at the midpoint of the target, and investors bristled at the forecast. It appears fuboTV stock was also pressured by the announcement of a partnership between DraftKings and Dish Network in the sports betting space.

fuboTV is a relatively young company that is operating a capital-intensive business and trades at growth-dependent valuation. The streaming specialist is valued at roughly $3.3 billion and is priced at approximately 6.1 times this year's expected sales.