Shares of the greenhouse grower are up a whopping 310% over the last year.

Shares of the Canada-based greenhouse produce grower, which entered the cannabis space in 2017, are up 310% over the one-year period through Monday, March 8. The broader market has returned about 31% over this period. 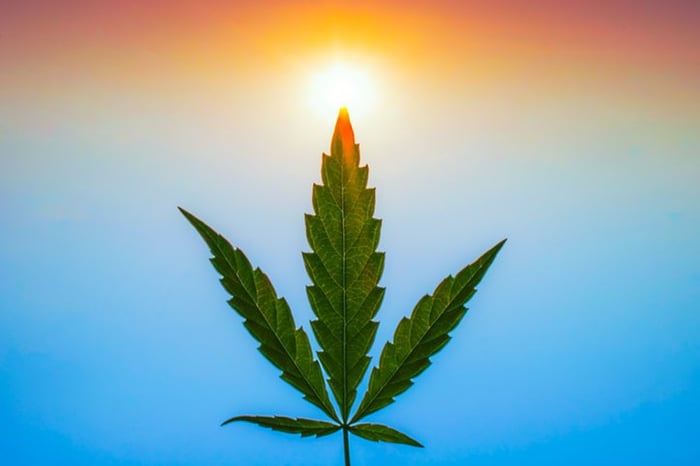 We can attribute Village Farms stock's strong performance last month to several catalysts, including those outlined below.

In the two-day period through Feb. 5, shares rose 7.8% following the company's Feb. 4 announcement that it was launching its first cannabis-infused edible products, Pure Sunfarms Real Fruit Gummies, in the Canadian market.

On Feb. 8, shares jumped 9.4% following the company's announcement that it fully repaid the money it owed to its former cannabis joint-venture partner, Emerald Health Therapeutics, and increased its ownership stake in Altum International, an Asia-Pacific cannabinoid company, to just under 10% from 6.6%.

Village Farms owed money to Emerald for its November 2020 acquisition from Emerald of the common stock of Pure Sunfarms that Village Farms didn't own. The total amount Village Farms paid for the 36,958,500 million shares of common stock was just over $16 million, including a promissory note of 19.9 million Canadian dollars (about $15.6 million) plus accrued interest of about $486,850.

On Feb. 24, shares rose 5%, which may have been driven, at least in part, by the company's Feb. 23 announcement about its Texas greenhouse operations. It said these operations "have continued uninterrupted amid the recent power outages and water supply shortages" that many parts of the state were experiencing due to the unseasonably cold weather. 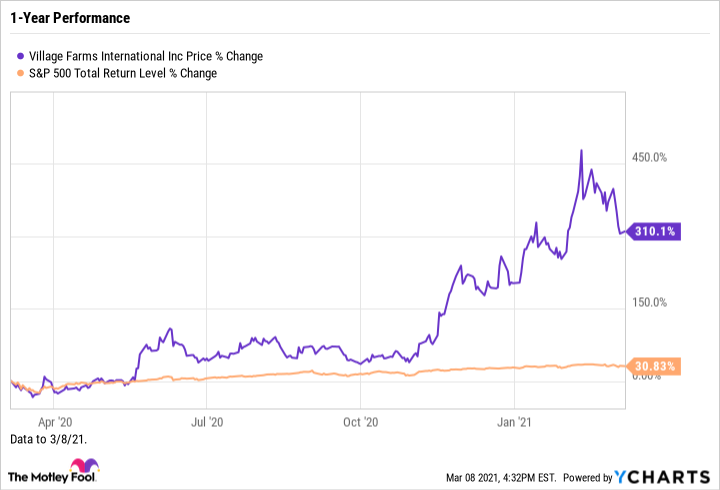 Investors should be getting some material news soon. Village Farms is slated to report its fourth-quarter and full-year 2020 results on Tuesday, March 16, at 7 a.m. EDT and host an earnings call on the same day at 8:30 a.m. EDT.

For the fourth quarter, Wall Street is expecting earnings per share (EPS) of $0.03, compared to a loss per share of $0.14 in the year-ago period. Analysts are also modeling for revenue to increase 59% year over year to $52.5 million.