Prospects have improved markedly for the House of Mouse.

The past year has been both the best of times and the worst of times for Disney (DIS 1.17%). The company has struggled with the on and off closures of its theme parks and resorts, and its movie business has essentially stalled. At the same time, however, its flagship streaming service Disney+ has been a strong performer, countering some of the weakness from the company's other business segments.

There's light at the end of the tunnel, however, and things are looking up for the House of Mouse. Over the past several days, there's been mounting evidence that the Happiest Place on Earth may be at a turning point, and things are beginning to look up. Let's look at three reasons that suggest now is the time to buy Disney stock. 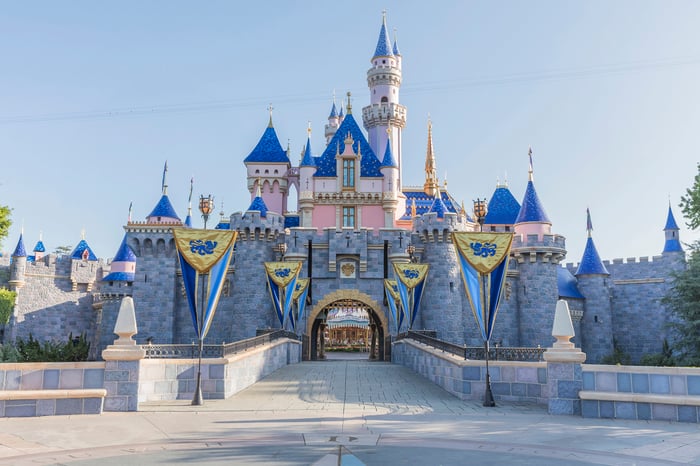 The Disneyland theme park in Anaheim, California was among the first casualties of the pandemic, closing for just the fourth time in the storied park's 65-year history. The park closed to visitors on March 14, 2020 and has remained shuttered ever since. California was particularly hard-hit by the coronavirus and as a result issued some of the most stringent public gathering restrictions in the nation.

Things have finally turned a corner, however. Disney CEO Bob Chapek announced that California officials provided updated guidance that would allow theme parks to begin reopening, with plans to open Disneyland by late April. There will still be restrictions, however, initially limiting attendance to between 15% and 35%, based on the state's virus threat tier system. Attendance will also initially be limited to in-state residents.

This is an important milestone for Disney. Prior to the pandemic, the parks, experiences, and products segment accounted for 35% of the company's revenue and 58% of its operating income. Reopening, even at a limited capacity, will be a big step toward full recovery.

As COVID-related restrictions are being lifted, Disney World is the hottest ticket in town, at least in Florida. The Magic Kingdom, Disney's Animal Kingdom, Epcot, and Disney's Hollywood Studios are experiencing surging demand, with no tickets for the coming weeks. There is limited availability in late March and early April.

Visitors to Disney World parks are also required to obtain an advance reservation, as well as a paid admission for the day of the visit. Additionally, face coverings must be worn and temperature screenings will be required at various locations. 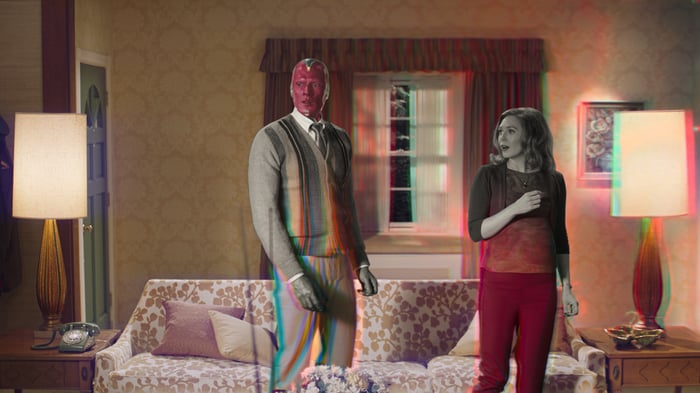 Paul Bettany is Vision and Elizabeth Olsen is Wanda Maximof in a scene from Marvel Studios' WandaVision.

Demand for Disney+ continues to surge

Earlier this week, Disney announced that Disney+ had passed another impressive milestone, boasting more than 100 million paid subscribers worldwide just 16 months after its launch. To give that number context, the company's initial forecast had Disney+ landing between 60 million and 90 million subscribers by 2024.

Disney recently announced that the company's direct-to-consumer business had become the company's top priority, raising its forecast to between 230 million and 260 million subscribers by 2024. Disney has ambitious plans to add more than 100 new titles per year from across its Disney Animation, Disney Live Action, Marvel, Star Wars, and National Geographic brands, ensuring a robust and growing library to continue to attract new subscribers.

The Happiest Investors on Earth

There's little doubt that Disney has been hamstrung by the closure of its flagship theme parks. With the vaccination rollout continuing to gain stream, however, it won't be long before Disneyland and Disney World are back to their former glory.

With the additional boost provided by Disney+, it won't be long before the House of Mouse is once again firing on all cylinders, making its shareholders among the Happiest Investors on Earth.