Please ensure Javascript is enabled for purposes of website accessibility
Log In Help Join The Motley Fool
Free Article Join Over 1 Million Premium Members And Get More In-Depth Stock Guidance and Research
By Adria Cimino - Mar 13, 2021 at 6:00AM

Each of these players has dropped about 40% or more in recent weeks.

Coronavirus vaccine makers led gains in healthcare stocks last year. And the trend didn't stop as the world rang in the new year. Many of these companies charged full speed ahead into 2021. And for good reason. Some of them began generating revenue from vaccines. Others moved closer to bringing a potential vaccine to market.

But recently, excitement around some of the biggest winners has started to fade. Now, the big question is whether share price declines represent a buying opportunity -- or a sign to flee the stock. Let's take a look at three of the biggest movers. 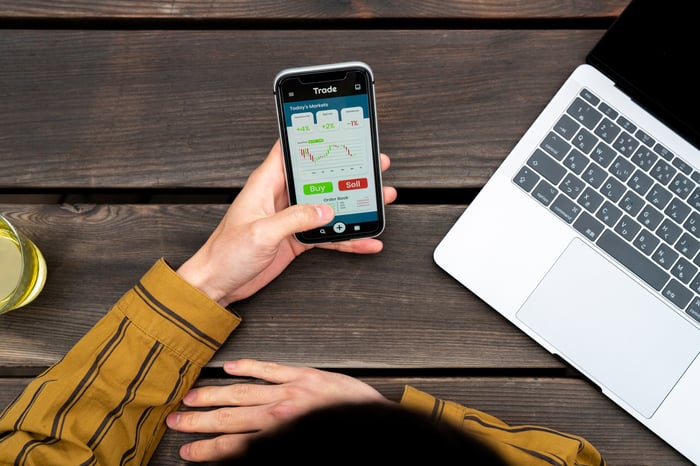 Vaxart (VXRT 5.68%) skyrocketed more than 300% from the start of the year through Feb. 2. That's after last year's 1,500% gain. The biotech company is developing an oral COVID-19 vaccine. That potential product could be a game changer. Imagine a vaccine without a jab -- and the ease of transporting and storing a room-temperature-stable tablet.

But Vaxart's phase 1 data disappointed investors. And since, the shares have lost about 70%. Why such a reaction? Vaxart's candidate didn't produce neutralizing antibodies. These block infection and are considered key for a successful vaccine.

Still, Vaxart's investigational vaccine produced strong killer T cell responses. Killer T cells fight infection. And some research indicates killer T cells may have big potential to handle variants of concern. That's because they recognize and attack many parts of the coronavirus antigen -- not just the spike protein that's used to infect. Vaxart plans to advance the candidate into phase 2 trials in the second quarter.

My verdict: If you're an aggressive investor, you might consider taking a small position after this recent decline. Vaxart has five other oral vaccine candidates in the pipeline. If it brings even one to market in the coming years, the stock could soar. But the risk is high. Most of us are better off keeping the stock on our watch list and waiting for more trial data.

Novavax plans to complete its Emergency Use Authorization (EUA) request in the second quarter. And it will begin clinical trials of a strain-specific candidate in the middle of the year. If all goes smoothly, a Novavax coronavirus vaccine could bring in billions of dollars in revenue as early as this year. And the company has another revenue driver on the horizon. It soon will apply for regulatory approval of NanoFlu, its flu vaccine candidate.

My verdict: Declines in the share price offer a buying opportunity. That's because of the earnings potential of a possible coronavirus vaccine and NanoFlu over the long term.

Ocugen (OCGN -0.45%) was a penny stock until it entered the coronavirus vaccine race in early February. The company signed a collaboration deal with Bharat Biotech of India. The agreement allows Ocugen to co-develop and commercialize Covaxin -- Bharat's investigational vaccine -- in the United States. Ocugen shares soared more than 700% in a week. Since, they've dropped 39% -- but news hasn't been negative.

Meanwhile, Ocugen is working on a regulatory pathway in the U.S. for Covaxin. The company said it's involved in discussions with the U.S. Food and Drug Administration (FDA). If the FDA grants Covaxin an EUA and the vaccine is commercialized, Ocugen would keep 45% of U.S. profits. Bharat would keep the rest.

That sounds good. But my main concern has to do with near-term demand in the U.S. The government has already bought more than enough doses from Pfizer, Moderna, and Johnson & Johnson to vaccinate the entire population. In the future, there may be room for others to carve out market share, if their products stand out. So far, Covaxin results are positive -- but they aren't overwhelmingly impressive compared to those of today's vaccines.

My verdict: Ocugen remains very high-risk -- at least until we have clues about how Covaxin may find a spot in the U.S. market. I would avoid the stock right now. Of course, more trial data, word from the FDA, or the government's vaccine buying behavior could alter the picture. So, I still would keep an eye on this biotech stock and stay tuned for the next batch of trial results.