Please ensure Javascript is enabled for purposes of website accessibility
Log In Help Join The Motley Fool
Free Article Join Over 1 Million Premium Members And Get More In-Depth Stock Guidance and Research
By Eric Volkman - Mar 18, 2021 at 11:45AM

II-VI's bid was reportedly the higher of the two, at a total of roughly $285 per share.

The earlier of the two was Lumentum's. The company increased its offer to $220 per share in cash and 0.61 of a share of its own stock per Coherent share, for a total of roughly $275 per share. It added that private equity firm Silver Lake Capital will also make a $1 billion equity investment in the combined company. 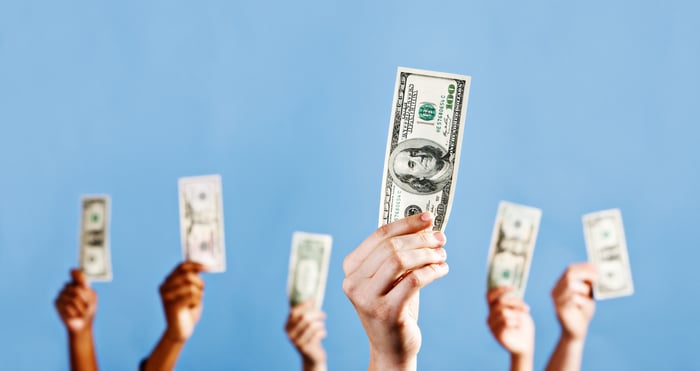 Coherent reacted to Lumentum's new offer in a press release, writing that its board of directors will "carefully review" it, in consultation with its legal and financial advisors.

That evening, II-VI apparently also submitted a new offer. The Wall Street Journal reported late Wednesday evening that II-VI had also sweetened its bid. Citing "people familiar with the matter," the report indicates that II-VI upped its offer $220 per share (from the previous $195). Like Lumentum, II-VI is also offering stock, and while the Journal didn't specify the mix between cash and stock, it did write that the total bid comes to around $285 per share.

The Coherent takeover saga began in mid-January, when the company agreed to be acquired by Lumentum, for $100 per share in cash and just under 1.19 shares of Lumentum stock for every share of Coherent. But II-VI and MKS Instruments (MKSI -1.48%) soon stepped in with competing offers, and the battle was on.

It seems that MKS did not submit a new bid of its own on Wednesday; its last known one was made on March 8, for a total of $250 per share in cash and stock.

It's still to be determined how much longer this bidding war will continue.