Please ensure Javascript is enabled for purposes of website accessibility
Log In Help Join The Motley Fool
Free Article Join Over 1 Million Premium Members And Get More In-Depth Stock Guidance and Research
By Evan Niu, CFA - Mar 24, 2021 at 9:30AM

The EV start-up plans to make around 500 units of the Dream Edition Air.

As the company works its way toward closing its merger with special-purpose acquisition company (SPAC) Churchill Capital IV (CCIV), Lucid Motors has announced that all of the Dream Edition units are now spoken for. That's the version that the electric-vehicle (EV) maker is launching first in the back half of 2021. It carries a price tag of $169,000 before factoring in federal tax credits or other state and local incentives. When including the federal tax credit of $7,500, the price comes down to $161,500.

Join our waiting list for the limited production Dream Edition model when you reserve a Lucid Air Grand Touring.https://t.co/mHy4epiDcx pic.twitter.com/kQwzWyEiNr

The news is certainly an encouraging indicator of demand for the Air, and Lucid told Teslarati that it plans to produce approximately 500 units of the Dream Edition. That translates into around $84.5 million in revenue once deliveries begin. It's worth remembering that the reservations are fully refundable, and inevitably some number of reservation holders will change their minds and not take delivery. 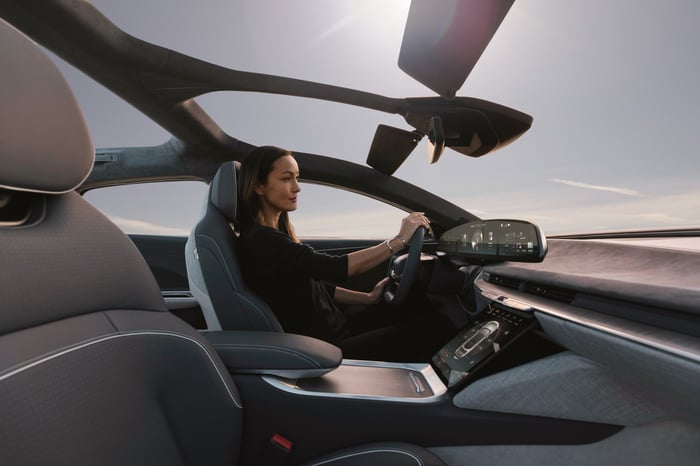 In those instances, Lucid has started a waitlist for people who might be interested in the Dream Edition to take the spots of customers that potentially cancel. Customers that reserve an Air Grand Touring, the second-highest trim, can join the waitlist and upgrade their reservation to a Dream Edition if a spot opens up, forking over another $6,500 in the process.

When Lucid announced the deal with Churchill Capital IV, it said that it had accumulated over 7,500 total vehicle reservations as of Feb. 19, representing over $650 million in potential future sales. The electric-vehicle maker did not provide a breakdown of what trims were being ordered, but dividing out those figures results in an estimated average selling price of around $87,000, suggesting that the bulk of those pre-orders are for the Air Touring and/or Air Pure.

That's unsurprising, as those are the more affordable versions, but given deliveries will start with the most expensive vehicles before Lucid subsequently works its way downmarket, it will be imperative for the company to have sufficient demand for the Dream Edition and Air Grand Touring to establish a financial path there. Lucid has also been ramping up media appearances, including numerous spots on CNBC, to tout the Air's technology, which should also help bolster demand.

The SPAC filed its S-4 for the deal earlier this week, and it disclosed that total reservations had topped 8,000 as of Feb. 28, representing potential sales of over $700 million. Lucid was holding approximately $500,000 in customer deposits at the end of 2020.

After adding around 500 reservations in the final nine days of February, how many pre-orders has Lucid garnered in March?