Companies are smart to do secondary stock offerings when the market is hungriest for them, but diluting shareholders can be disappointing.

The stock market had a tough day on Wednesday, initially rising but giving up gains by the end of the day. Investors remain on edge about the future course of economic recovery, and despite a rise in oil prices, high-growth stocks on the Nasdaq Composite fell especially hard. The Dow Jones Industrial Average was up most of the day but slipped just into negative territory in the final minutes of trading, while the S&P 500 split the difference.

Many of the stocks that got hit hardest on Wednesday were those that had run up the furthest in recent months. In particular, ViacomCBS (PARA 4.66%) and QuantumScape (QS 9.19%) saw double-digit percentage losses today, as investors weighed the potential dilutive impact of secondary stock offerings. 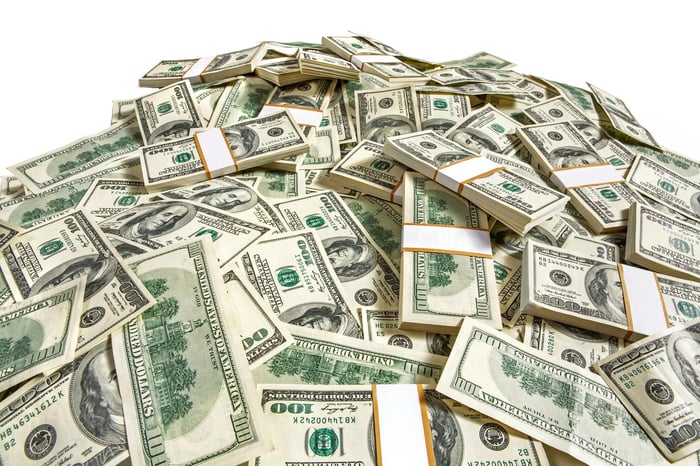 A big pullback for ViacomCBS

Shares of ViacomCBS were down more than 23% on Wednesday. The company had announced two separate moves to raise capital earlier in the week, and pricing suggested that demand for the new securities in the media giant wasn't as strong as hoped.

After seeing a huge run-up in its stock price, ViacomCBS decided that this week was an opportune moment to do secondary offerings. Specifically, it broke its capital-raising efforts into two pieces. It sold 20 million shares of common stock at a price of $85 per share, bringing in about $1.7 billion in cash proceeds. It also issued 10 million shares of mandatory convertible preferred stock for $100 per share, bringing in another $1 billion. When you add in expected underwriter options to purchase additional shares, the size of the offering should exceed $3 billion.

The preferred stock has some interesting terms. It pays a preferred dividend yield of 5.75% annually, and it requires mandatory conversion in three years. At that time, investors will receive somewhere between 1.0013 and 1.1765 shares of common stock, depending on the price of the common stock during the period surrounding the April 2024 conversion date.

Even after the big drop, ViacomCBS shares have still nearly doubled just since the beginning of the year. That makes it easier for long-term shareholders to stomach the declines as the media company scales up its streaming TV service and looks for other pathways to growth.

Meanwhile, QuantumScape shares fell 17%. The battery technology specialist announced a secondary stock offering of its own earlier this week, and even though the underwriters haven't yet determined a price, investors didn't react well.

QuantumScape's news came on Monday afternoon, when the company said it would look to sell 13 million shares of stock. The intended purposes for the capital raise included boosting manufacturing capacity as well as meeting its obligations to strategic partner Volkswagen (VWAGY 2.01%) for expansion of a battery-making facility.

Unlike ViacomCBS, QuantumScape's timing could've been better. The stock soared far above $100 per share in December as investors got excited about the potential for the company to serve the booming electric vehicle market. Even prior to the announcement, QuantumScape had suffered a more than 50% loss.

Nevertheless, the long-term question for both QuantumScape and ViacomCBS is whether they make productive use of their new capital. Neither offering will make or break either company, but investors want to see the moves pay off with new growth opportunities that will eventually reverse the share-price hits ViacomCBS and QuantumScape suffered on Wednesday.

These 2 Surprising Nasdaq Stocks Are Soaring in a Down Market