A final vote might come as soon as Tuesday.

It's official: New York's legislature has a recreational-marijuana legalization bill it's about to vote on.

Gov. Andrew Cuomo on Saturday confirmed media reports that legislators in the Empire State had hammered out a bill that would sanction the sale and consumption of recreational cannabis. He also provided the salient details of the proposed legislation.

For marijuana retailers, if the bill is passed into law, the state would form a two-tier licensing structure. Under this regime, growers and processors would not be allowed to directly own retail stores. 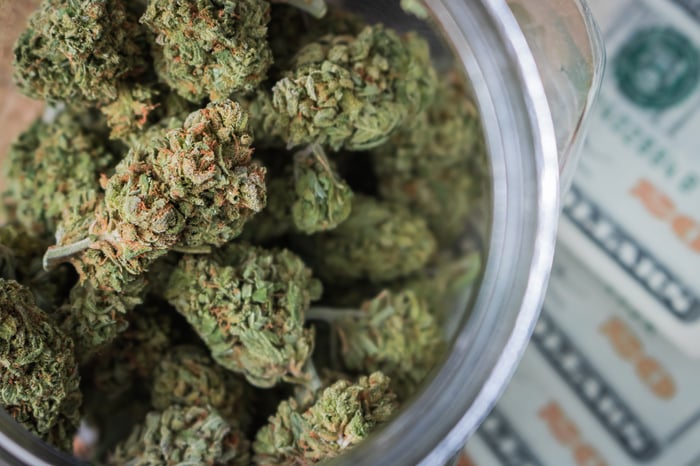 In addition, 50% of licenses awarded by the state would be given to members of groups that have been "disproportionally" affected by the strict drug laws of the past. This includes minorities, women, and farmers facing economic hardship.

Taxes would be based on the relevant product's type and level of Tetrahydrocannabinol (THC) -- the substance that gets a user high.

Individuals would also be allowed to grow up to 12 marijuana plants at home.

The bill includes criminal justice and expungement measures that would erase convictions stemming from the state's previously harsh drug laws.

According to an article from the Associated Press, the state's legislature should vote on the bill within days, perhaps even as soon as Tuesday.

Cuomo, a staunch advocate for recreational-use legalization in his state, said he would sign the bill if passed. He has previously said this reform could earn $350 million in taxes annually.

There are relatively few dispensaries in the state now. One of the busier operators is Curaleaf (CURLF -1.21%), which operates a grand total of four eponymously branded stores. Curaleaf hasn't yet commented on the latest New York development.

On Monday, Curaleaf's shares slipped by 0.6%, against the flat performance of the S&P 500 index.