Please ensure Javascript is enabled for purposes of website accessibility
Log In Help Join The Motley Fool
Free Article Join Over 1 Million Premium Members And Get More In-Depth Stock Guidance and Research
By Dan Caplinger - Mar 31, 2021 at 11:52AM

Learn which growth stock should see long-term benefits from its recent performance.

The stock market was generally higher on Wednesday, with some signs that market participants were willing to rotate back into higher-risk growth stocks. As of 11:30 a.m. EDT, the Dow Jones Industrial Average (^DJI 0.00%) had actually inched lower by 8 points, reflecting the higher concentration of lower-risk value-oriented stocks among its 30 components. However, gains elsewhere were more convincing, as the S&P 500 (^GSPC -0.58%) climbed 24 points to 3,982 and the Nasdaq Composite (^IXIC 0.00%) soared 220 points to 13,266.

Part of the reason for the somewhat mixed performance in pockets of the market was that a couple of highly regarded and much-followed companies released earnings reports that apparently didn't satisfy all of their shareholders. Both BlackBerry (BB 2.21%) and lululemon athletica (LULU -0.48%) saw their share prices fall significantly following their respective reports, but in at least one of those cases, long-term investors should feel comfortable about what's to come.

A dark day for BlackBerry

Shares of BlackBerry fell almost 10% on Wednesday morning. The once pioneer of mobile devices and current security software platform provider showed investors just how difficult the past year has been, and shareholders didn't seem all that optimistic about future prospects for BlackBerry either.

It wasn't a big surprise that BlackBerry struggled. Sales slumped more than 25% in the fourth quarter, closing a fiscal year in which revenue sank 14% from prior-year levels. BlackBerry posted a massive loss of $1.1 billion, which worked out to $1.97 per share, far worse than its losses from the previous fiscal year.

BlackBerry blamed part of the revenue shortfall on negotiations it's conducting with a potential buyer for part of its patent portfolio. Perhaps in order to avoid complications related to a sale, BlackBerry held off on some of the ways it would typically generate revenue from its mobile device, messaging, and wireless networking intellectual property.

If BlackBerry can successfully reach agreement in its negotiations, it could bring a nice cash windfall. Yet the company still hasn't demonstrated to investors that its long-term strategy will bring more success than its previous, failed business model after having been the leader in the business handset industry at the beginning of the mobile revolution. 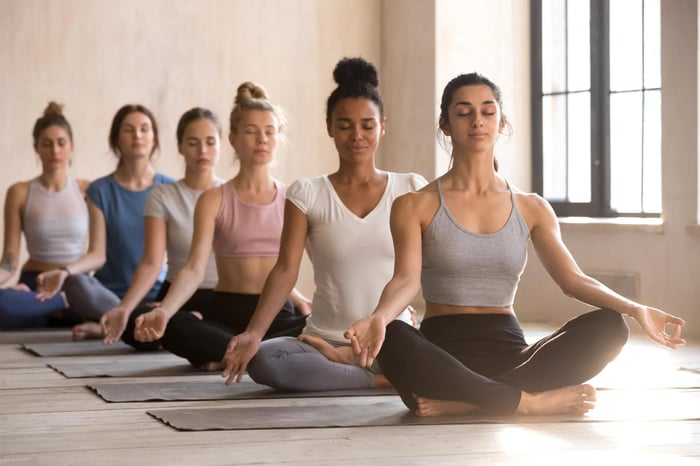 Elsewhere, shares of Lululemon were down 4%. The yoga apparel specialist saw much more favorable results, but investors still didn't reward the stock with gains.

Lululemon saw signs of strength despite ongoing challenges from the COVID-19 pandemic. Net revenue for the fourth quarter of 2020 rose 24%, with a 21% rise in comparable sales. Lululemon still saw headwinds for its store network, as comparable-store sales were down 28%. However, its digital direct-to-consumer channel more than picked up the slack, surging 94% higher from year-earlier levels.

Of these two stocks, Lululemon has the clearer path ahead. It's still in growth mode, and what's sending its stock down Wednesday seems to be concerns about valuation rather than worries about the future of its underlying business. For long-term investors, Lululemon looks like the better candidate.