Please ensure Javascript is enabled for purposes of website accessibility
Log In Help Join The Motley Fool
Free Article Join Over 1 Million Premium Members And Get More In-Depth Stock Guidance and Research
By Keith Speights - Mar 31, 2021 at 6:02AM

It's been a great year so far for Harvest Health & Recreation (HRVSF) shareholders. Harvest ranked as one of the best-performing marijuana stocks in February. Even with a pullback in recent weeks, shares are still up nearly 47% year to date.

The multistate cannabis operator announced its fourth-quarter results after the market closed on Tuesday. Here are the highlights from Harvest's Q4 update. 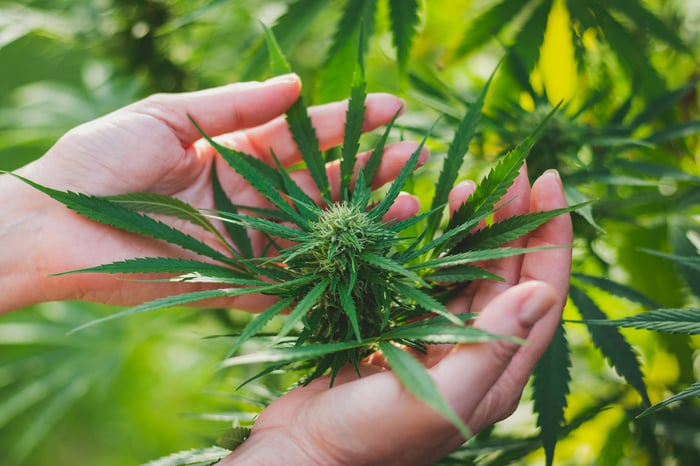 Harvest reported revenue in the fourth quarter of $69.9 million, up 85% year over year and 13% quarter over quarter. This result topped the consensus analyst estimate of $66.6 million.

Harvest recorded adjusted earnings before interest, taxes, depreciation, and amortization (EBITDA) of $9.1 million. This reflected significant improvement from the cannabis operator's adjusted EBITDA loss of $8.8 million in the prior-year period. However, the Q4 result was down from adjusted EBITDA of $11.5 million in the third quarter of 2020.

The key to Harvest's growth in the fourth quarter was the performance of its dispensaries across the country. While the cannabis operator ended 2020 with 38 retail locations in six states, there was some fluctuation in the number during the quarter.

Harvest opened two medical cannabis dispensaries in Pennsylvania in Q4. It also held on to two California retail locations that it had planned to sell to Hightimes Holdings after terminating the sale agreement. Another sale completed in November, however, with Harvest selling its dispensary and cultivation assets in Arkansas for $12.9 million.

Arguably the biggest news for Harvest in the fourth quarter, though, didn't affect its Q4 results. In November, Arizona citizens voted to legalize recreational cannabis in the state. Harvest operated 15 medical cannabis dispensaries in Arizona at the end of the quarter. In January, the company began selling recreational marijuana at all of its Arizona dispensaries.

Harvest projects full-year 2021 revenue of $380 million, a 64% year-over-year jump. It expects to generate revenue of at least $87 million in the first quarter.

The company is off to a good start in the new Arizona recreational-marijuana market. CEO Steve White said that Harvest is "focused on continuing to build on this positive momentum as we execute on our plan in 2021."